If the ABC really wanted to pull a crowd with Shaun Micallef’s On The Sauce, they should have got Mick Molloy to host it. Having Micallef host a mildly anxious series about how maybe drinking is not great for everyone just feels like a natural fit: having Molloy out there desperately trying to fit his boozy persona into the ABC’s sober agenda would have given this series a spark that – it pains us to say – it really needs. 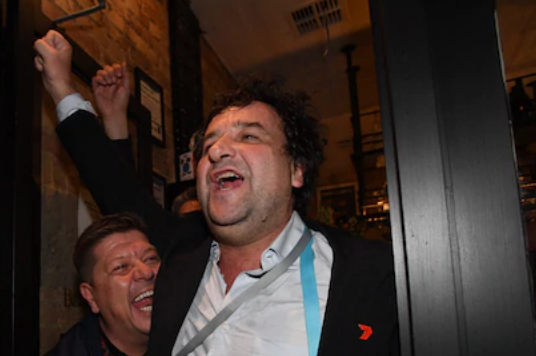 Those expecting Micallef in comedy mode would have been sorely disappointed by tonight’s episode, but comedy was never really on the agenda. This was always going to be yet another serious series where a comedian investigates a topic of personal interest in a mildly informative manner – in this case, Micallef needs to find a way to try and persuade his teenage sons to follow in his footsteps and stay off the grog, only with them skipping the handful of years where Micallef was a youthful tearaway sculling bottles of scotch and passing out outside bars.

While this initially presents itself as Micallef investigating the world of alcohol – a world he’s avoided for the last 30 years – so he can become an informed guide for his kids, you don’t have to look too deeply to see that this was only ever going to play out one way: hey kids, booze is bad. Which does tend to cut off the few comedic possibilities this series might have had, because the only way to scare people off booze is by taking booze extremely seriously. Fans of comedy vomiting and “youze are my bestest mates evaaa”, look away now.

So when Micallef goes to hang out with people who actually do drink, they’re always treated with a kind of bland arms-length respect. Micallef himself (who is out of his comfort zone more than once here) often seems a little awkward around them – possibly because, in this context at least, he has nothing in common with them – and their drinking is presented in a kind of “not for me but fair enough” fashion that rarely provides any real insight. A harsher show could have found a lot of mean-spirited comedy here, but (thankfully?) this is above that. 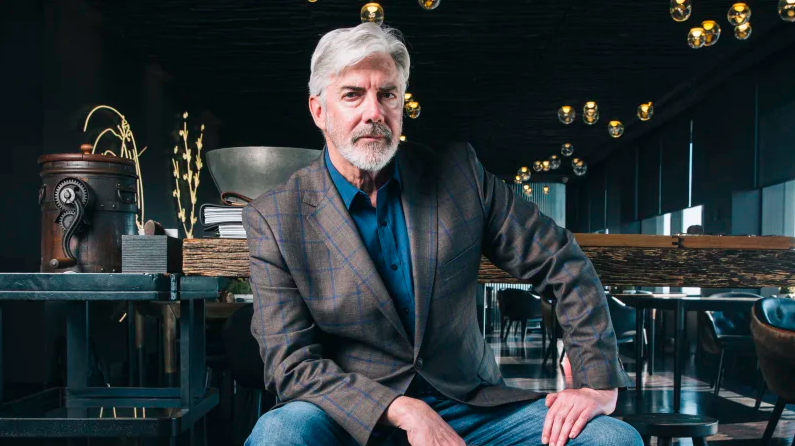 One thing that is interesting (and which ties in with the general anti-booze tone of it all) is that while the people who drink are treated with respect, the only reasons ever given for wanting to drink are social ones – peer pressure, making friends, being part of the group and so on. The idea that anyone might like to drink because they enjoy the effects of alcohol is barely touched upon (and then only extremely clinically) presumably because if you want to argue that drinking is bad then having it actually be pleasurable makes that a lot harder to do. But if drinking is purely a social thing, then it’s perfectly reasonable to replace it with sober social activities and get rid of the booze entirely – please sign our petition to make Australia a dry continent, thanks.

There’s also a weird sense here that drinking is somehow largely (entirely?) a cultural thing. The reason why Australians drink is presented as the result of the way Australian society is set up (farmers need to bond quickly with strangers, immigrants need a quick path to blending in, sport is linked to booze through advertising, we’ve always been a nation of pissheads, and so on), and not because of any personal desires – well, not any good ones at least, as the dark side of drinking is most definitely covered here too. Which means that if we could only change Australian culture, then Australia’s drinking problem would go away. Please sign our petition, etc etc.

This opens a big door labelled “problematic”, because whose culture are we talking about here? Micallef is a clear outsider when it comes to boozing whatever the context, but for much of this first episode the people who drink are very obviously very much unlike him – mostly young people, often rough around the edges in a way that suggests they’re probably not big ABC viewers. This may just be accidental; on the other hand, everyone here is pretty white (at least until episode three, when the impact of alcohol on indigenous communities is supposedly going to be looked at), which suggests someone somewhere thought about what kind of Australia was going to be put under the microscope here.

It’s not quite getting into us versus them territory (and next week promises a visit to a boozy book club, which is about as ABC an activity as you can get), but there is the occasional sense here that drinking is really only something that other people do and maybe they need to be told to stop… you know, for their own good. Which is pretty much how the “alcohol debate” currently works in this country, so no big surprise there.

Well, maybe a little one if you were expecting something with a bit more genuine inquiry underlying things. But it’s clear that Micallef himself is no fan of the grog (and for good reason going by a couple of personal stories), and if the summaries of future episodes are any guide this three part series ends up as more of a “how do we stop people drinking?” show than anything else. You have been warned.

On the upside, how about those early Micallef clips, huh? Theatresports! The ABC had an entire channel named ABC Comedy and they never got around to repeating that. It’s enough to drive you to drink.

Similar Posts
Vote Vote Vote for Judith Lucy
It’s long been obvious that one of the reasons why Australian comedy is vanishing from our screens is because it’s...
Read More »
Raking over the coals
You might say there’s been a bit of a mixed reaction to the new series of Rake. Not all fans...
Read More »
Pointless without the laughs
The British game show Pointless has been a cult afternoon hit on the ABC for a few years now, delighting...
Read More »