Vale How to Stay Married season 2

This week saw the final episode of the current season of How to Stay Married, a sitcom that revolved around the hilarious idea that a marriage could somehow survive a wife writing a book titled My Shit Husband. It’s funny because it’s true! Or it’s true that it’s not funny, one or the other. 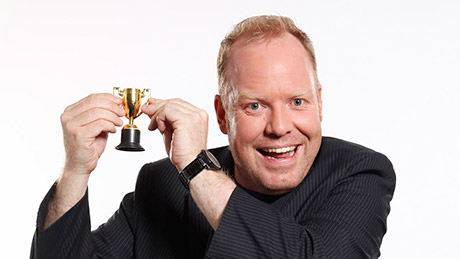 The real news here is that the end of How To Stay Married has knocked Ten off its perch as Australia’s number one comedy network, though it’s hard to say that the ABC is back on top what with The Weekly barely counting as comedy no matter how many times Charlie Pickering does that ABC HR sketch. Remember those magical days when there was enough Australian comedy on television that we could afford to be picky? Oh wait, that was last week.

Now the latest round of ABC cuts has forced the national broadcaster to re-re-brand ABC Comedy as something we care about even less, which you’d think would be hard to achieve but welcome to 2020. ABC Comedy was a bad idea from the beginning, became an even worse idea once they announced they didn’t have a budget, and by the time it became obvious their flagship show was going to be Tonightly – which wasn’t a bad show in itself, but giving the cream of Australia’s #auspol gagsters a chance to double their twitter followings on TV was never going to bring in the kind of crowd it needed to – it was already over.

This would be the perfect time for the ABC to point to all those crowd-pleasing comedies they’ve been airing over the last decade or so to build some public support, only… and you know where we’re going with this. But why has ABC comedy been so deliberately shit? Comedy hasn’t been a consistently viable product on Australian commercial television for a long time; any kind of rationale for the ABC’s decision to focus on alternative comedy rather than going after mainstream laughs vanished long ago. Not that it ever made sense, what with the golden age of ABC comedy being almost entirely built around shows that people wanted to watch whether they were Good News Week or Spicks & Specks.

Comedy should be the area where the ABC connects to the Australian public. People like comedy: the commercial networks aren’t doing much of it. But over the last decade or so they’ve messed it up so consistently that if someone said they were being pressured by the government to actively focus on shit comedy we couldn’t dismiss that theory out of hand.

This isn’t a situation like drama, where the commercial networks make enough local product that it’s reasonable for the ABC to claim their attempts are offering an alternative. Ten will have one sitcom and one sketch show in 2020, plus a highly successful comedy gameshow. Gameshows aside, the ABC will air well over double that, even with their current budget woes. But where Ten has stuck to the basics and not completely disgraced themselves, the ABC just can’t resist zany high concepts that never quite disguise the fact that the substance isn’t there.

Maybe once upon a time, the ABC’s job was to nurture new comedy talent that would then move on to the commercial networks. How to Stay Married is a spin-off from a segment from Peter Helliar’s It’s A Date, which he made for the ABC and which definitely seemed like the work of somebody new to comedy. Those days are over: the vast majority of comedy the ABC airs simply doesn’t have anything in common with what commercial television – or its viewers – are interested in.

Every time there’s budget cuts the ABC goes on and on about their award-winning news and they’re right to do so. But the news is everywhere these days, and while the ABC might be serving up the good stuff most people are happy with car crashes and bag snatchers. Comedy should be a point of difference for the ABC, something the general public likes that they can point to and say “this is what we do for you and you can’t get it anywhere else”.

ABC comedy should provide Australians with a solid reason why they should support the network. Good luck managing that after two series of Squinters.