Last Thursday Channel 10 looked across this great brown land and decided we all needed some cheering up. So they released the entire second season of Peter Helliar’s How to Stay Married on their streaming service 10Play. That wasn’t the part designed to cheer us up though – it was that they didn’t bother promoting it in any way before releasing it. 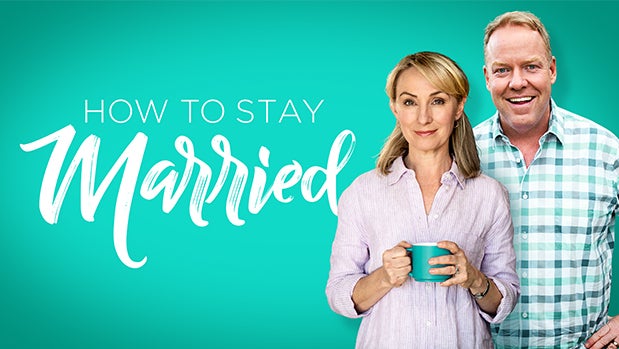 Not exactly the best photoshop job we’ve ever seen

Now that we’ve seen a bit of it – and can confirm that it’s pretty much business as usual with the Butler family, which is to say if you’re a fan of bland family sitcoms that feature sassy little kids and bungling parents surely you’ve got plenty to choose from already – it’s tempting to suggest that this is 10’s way of dumping a stinker they have no real interest in clogging up their free-to-air schedules with. So very tempting.

But with our snark hats off (and those things don’t come off easily), it seems more likely that this (limited) online release is more about trying to drum up interest in a show that, to the best of our knowledge, did not set the world on fire with its first season. The free-to-air schedules are going to be messed up for months to come and while this is never going to be prime-time material, it’s still first run content. That’s got to be worth something.

Whether it’s worth your time is another question entirely. Episode one features an almost impressively low-stakes plot – the oldest daughter is having a cool friend over and she doesn’t want her parents embarrassing her, while the B story involves a turtle pissing on people – which is then used to set up a number of low-laugh situations. It’s a show that really relies heavily on the audience finding Peter Helliar charming, especially as for some reason Lisa McCune (who actually is charming) is still playing the unlikable one.

It’s hardly a dead loss, but where a lot of Australian scripted comedy feels like a dashed-off first draft, this feels polished in a way that’s even more dispiriting. It’s not like this show was aiming high and fell short: this is exactly what they were going for – a bland, inoffensive, colourless showcase for Helliar’s non-existent romantic comedy chops.

Just look at the basic comedy set-up: to avoid embarrassing their daughter, Greg (Helliar) is told to stop trying to be friendly, while Em (McCune) is told to stop constantly asking questions. Which trait is likable, and which is painful? It’s no spoiler to reveal that the episode ends up with the parents winning over the kids, but while Greg does so by – you guessed it – being friendly, Em does so by… recounting a teenage lesbian experience?

Shouldn’t the comedy come from the reveal that what the daughter wanted her parents to hide about themselves is actually what her friends find appealing about them? But then that would require Em to also have an embarrassing trait that was also kind of likable, and if both characters are likable then Em is obviously going to seem more likable because she’s played by Lisa McCune and suddenly it’s like “hang on, why isn’t she the star of the show?”

(also, wasn’t this supposed to be a sitcom about Greg struggling to be a stay-at-home dad while Em dealt with returning to the workforce? How does she have time to hang around the house on a weekday after school?)

Obviously that can’t be allowed to happen. Trouble is, while this is Helliar’s show – he created it, he’s the big name comedy star here – the role of a basically realistic daggy dad just doesn’t suit him. It’s a little unsettling that his best work comes in the opening scene where he becomes increasingly angry at his daughter for not coming out of her friends house; where McCune comes across as someone stressed entirely due to circumstance (and poor scripting), Helliar here seems like the kind of overly jolly knockabout bloke you’d always be just a little wary of. Let’s put it this way: the scene where he faux-sinisterly clubs a bag of ice with a cricket bat is probably his funniest moment of the episode.

You can go a long way in Australian comedy if you’re a white guy who keeps on saying you’re just a wacky regular bloke. It doesn’t matter if it’s clearly not true – wacky regular blokes don’t get their own sitcoms. But without that essential charisma, eventually the fun guy mask starts to slip: this is one relationship where the thrill has most definitely gone.