I Don’t Give A Damn ‘Bout My Bad Reputation

Somewhat delayed because we seriously did a double take at this one press release time!

Reputation Rehab to air next month

on ABC and iview. 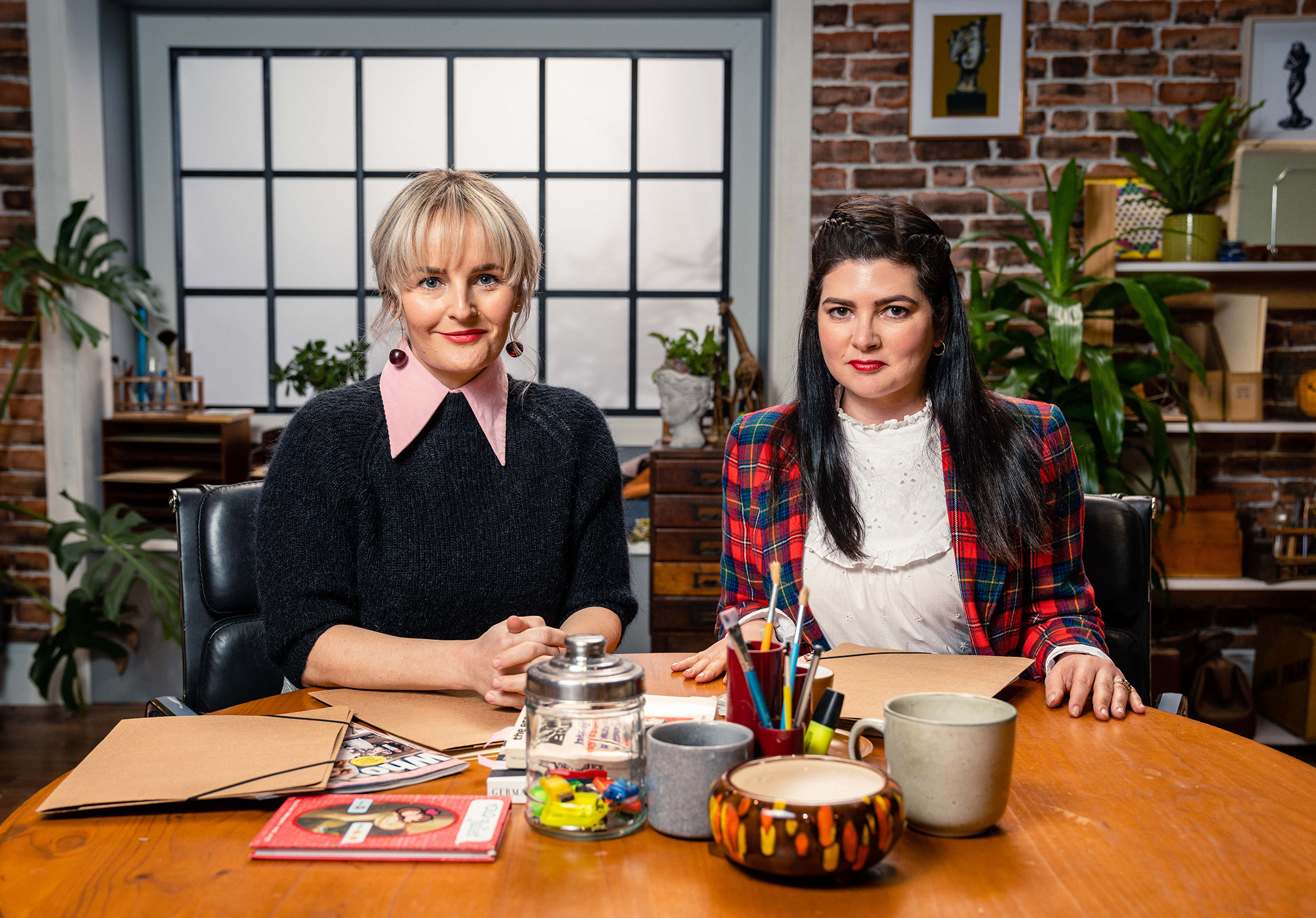 We’re officially living in an outrage culture. It seems that barely a week goes by without someone getting publicly crucified in a torrent of angry tweets and media headlines, for real or imagined mistakes. Launching on October 28th at 9.05pm, ABC’s new series, Reputation Rehab will tackle public shaming head-on and break through the outrage cycle with comedy and empathy.

Hosted by The Checkout’s Kirsten Drysdale and Zoe Norton Lodge, Reputation Rehab will find tarnished reputations and lovingly bring back their shine. Each week, the episode will begin with a deep-dive into an outrage story, or a person who has endured a public shaming.

The first episode will focus on the “Bad Boy” of tennis: Nick Kyrgios, with Nick agreeing to a rare in-depth interview with Zoe and Kirsten for the show. Other episodes will delve deep into the stories of Reality TV “villain” Abbie Chatfield, headline grabber Todd Carney, tabloid target Osher Günsberg as well as Covid shaming, Boomer trashing and the reputational crisis facing anyone named Karen.

Kirsten and Zoe will consult a group of real people to find out how closely the heightened coverage aligns with their views. Through interviews, media analysis and stunts, Kirsten and Zoe will seek to rehabilitate the guest’s damaged reputation and provide a unique opportunity for transformation.

Reputation Rehab is a show that believes people don’t deserve to be consigned to the cultural scrapheap, most people are more than a punchline, and everyone deserves a second chance.

Where to begin with this? It’s nice that a couple of the hosts from The Checkout have new TV work, but didn’t anyone stop to think that it might be a bad look to directly link the axed Checkout – you know, a show that sided with the little people against the rich and famous – with a show that seems to be based around the idea that the rich and famous need protecting from the little people?

Sure, there have been a number of Australians in recent years who have been publicly shamed on social media. You’ll notice none of the ones you’re thinking of rate a mention here, because many of them brought defamation cases against the media outlets that reported on the public shaming and, thanks to Australia’s extremely tough libel laws, they won.

That should make them the perfect material for this show, as their situation – shamed on social media, only to have their side of things vindicated by the courts – is exactly the kind of thing this show seems to be about, And yet, we’re not going to hold our breath waiting for anyone like Geoffrey Rush to be rescued from the “cultural scrapheap”. Guess they doesn’t deserve a “second chance”?

The reason why Australia never had a decent #metoo movement is because Australian libel law protects against comments designed to harm someone’s reputation. This isn’t America: public shaming isn’t protected by law. If you’ve heard of someone who is being “publicly shamed” on social media, there’s a very good chance they’re famous enough to have a reputation they can go to court to protect. So what’s left for this show to cover? People you’ve never heard of who had their lives trashed but are willing to go on television to have the trashing re-enacted?

The other big problem with the basic premise of this show – and it’s a doozy – is the idea that being publicly shamed by “outrage culture” is something that only happens to people who haven’t done anything. They’re just minding their own business on social media when suddenly out of nowhere a frenzied mob attacks them, destroying their good name and livelihood. This, you’ll know if you’ve spent any time at all on social media over the last few years, is rarely the case.

Even twitter mobs are jaded and cynical now: they require actual demonstrated shitty behaviour (AKA “receipts”) to get stirred up these days. And while the popular media’s image of public shaming is lefties getting riled up over pronouns*, it’s more likely to be right wing hate mobs targeting women and minorities, which is less about someone’s reputation being damaged and more about them being in legitimate fear for their life.

Which raises the question: who’s really stirring up that level of shit? You don’t have to be a big Media Watch fan to know that the real threat to someone’s reputation in Australia isn’t from twitter, it’s from the Murdoch press putting you in their sights. Strangely, from this press release Reputation Rehab doesn’t look like it’s going after Andrew Bolt and company for their relentless pursuit of just about anyone with a public profile and vaguely left-wing views.

(here’s a thought: maybe this won’t be about social media at all? After all, when you’re a “tabloid target” by definition you’re being written about in the tabloids. The “bad boy” of tennis got his reputation because of things he did that were reported on by the mainstream news, not conjured up out of nowhere by a twitter mob.)

We haven’t seen any of this show; for all we know it could be brilliant. But everything that’s been said about it so far makes it look like the “public shaming” angle is just an excuse for yet another snarky series about the media a la Gruen. God knows it’s about time the ABC stood up for Boomers and white women named Karen; fingers crossed this isn’t just six weeks of high profile types complaining that social media is being mean to them.

*for example, US actor Chris Pratt is currently being dragged on twitter for being a public member of a notoriously anti-LGBTQIA+ church. There’s definitely a story here (“why is this happening to him?”), but his “reputation” doesn’t need “rehab” – he’s simply done something that some people are opposed to and they’re expressing their displeasure. Oh wait, we mean it’s “outrage culture” “publicly crucifying” him.