Not for the first time, we’ve realised we’ve been going about this comedy thing all wrong. For years we’ve been watching sitcoms while shouting “be more funny” and “where’s the jokes” and “are they ever going to get out of the bloody car”, when what we should have been focusing on was the most important question of all: do we want these guys to be our friends?

The ABC’s new back-to-back Wednesday night sitcom line-up of the returning Rosehaven and the all-new Retrograde are a firm reminder – if one was needed, which it clearly was in our case – that your modern sitcom is all about hanging out with your virtual friends for a perfectly pleasant half hour or so. The more friends a show offers, the greater the chance you might find one abrasive (that is to say, funny) – but don’t worry, the overall effect remains roughly the same as a glass of warm milk. 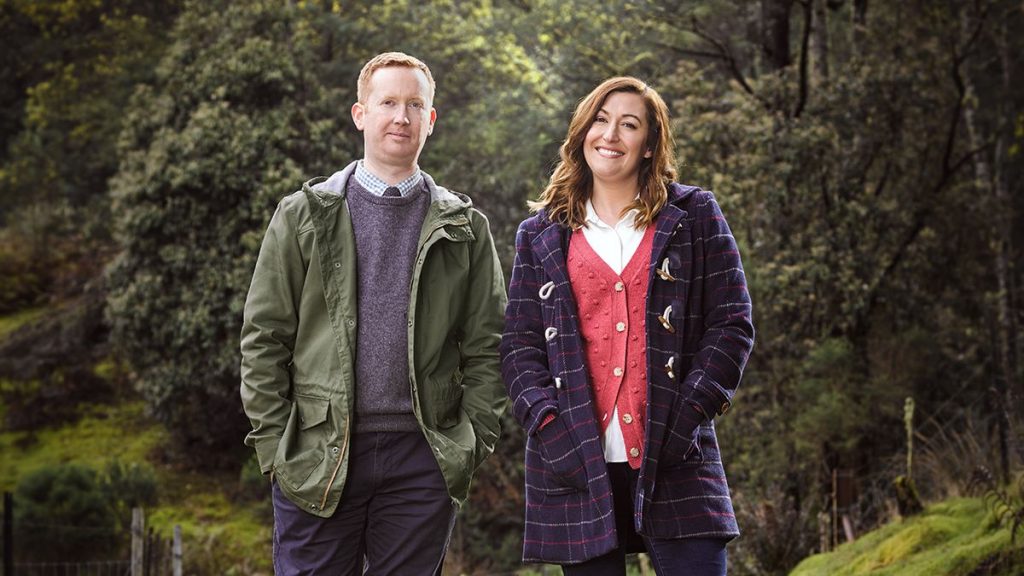 Nobody expect sitcoms to have big dramatic story developments or anything, but the dueling plotlines in this week’s Rosehaven‘s involving a): a mystery package and b): Emma (Celia Pacquola) being worried that Daniel (Luke McGregor) isn’t properly handling his breakup – AKA his “decoupling” – with his now-in-Japan-but coming-back-soon-ex seem lightweight even by Australian standards. Yes, they get the job done, in that Daniel eventually starts flopping limply onto beds and tables because he has feelings while Emma wanders around meeting all the show’s background regulars (hey, where’s Anthony Morgan?) as she tries to get someone to open the slightly mysterious package. The final scene of Seven this ain’t.

Emma and Daniel are a mildly charming duo with pleasant comedy chemistry acting giggly in a nicely quirky setting, which is great for a glorified tourism promo for the wonders of Tasmania, the island you currently can’t visit. But calling it a comedy? Maybe by process of elimination – it’s not a drama, or a game show, or a talent show, or true crime, or… you get the idea. But it is a show that it’s hard to imagine people actively sitting down to watch and then giving it their whole attention; it’s just so lightweight that it feels better suited as a backdrop for… literally anything else. Most likely a nap.

On the up side, photocopier jokes! Thank god Rosehaven is back otherwise we’d have to wait until the next Working Dog sitcom to get some of that sweet, sweet “does it have enough paper” comedy. 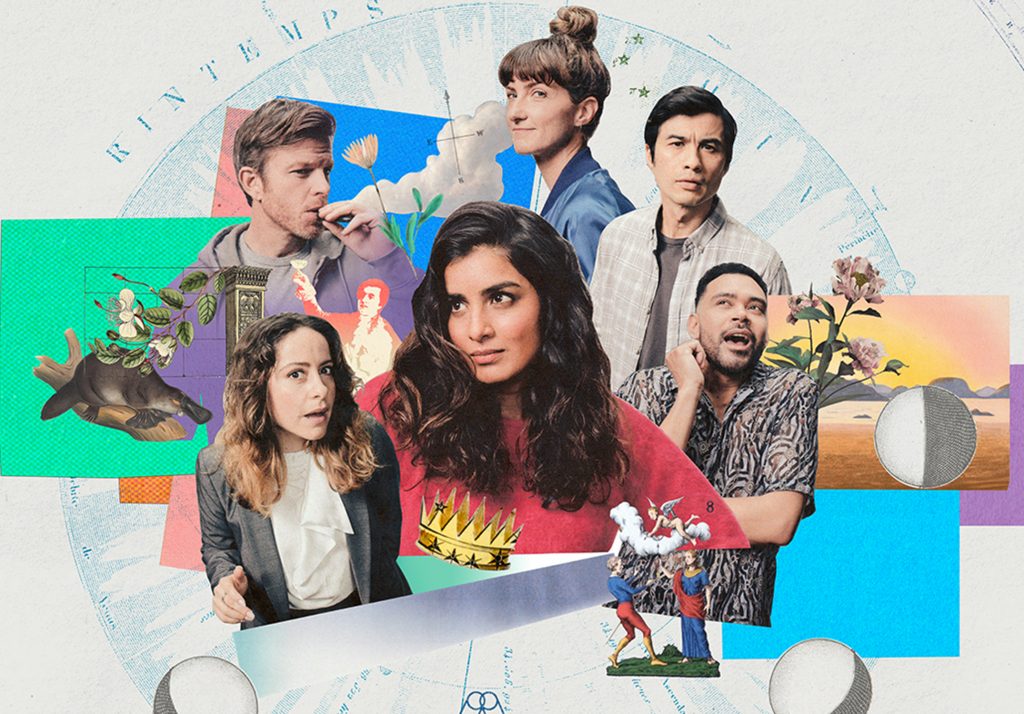 As for Retrograde, it features “young people”, which is to say people in their early 30s acting like they’re teenagers, which helps to differentiate themselves from the characters in Rosehaven, who are people in their mid 30s acting like they’re teenagers. The gimmick here is that it was filmed during lockdown, so everyone is on screen in their own little worlds in a group video chat like a less amusing episode of Have You Been Paying Attention? only the role of Tom Gleisner is played by you at home and everyone else is having an off night.

The good news is, it’s a perfectly decent show on a basic level and didn’t we just say that about Rosehaven? Performances are good, dialogue flows well, the online format doesn’t get in the way, the actual story – our heroine is about to start a new life in Korea so is chatting to her friends online while she packs, only it all turns to shit thanks to COVID19 and she ends up with no job and no home (unless she moves in with the boyfriend she was hoping to ditch) – is decent, and generally speaking it feels mostly like a half hour of proper television and not whatever that collection of At Home Alone Together sketches was that aired afterwards.

(sidebar: while it was interesting to see the sketches AHAT rejected, it seemed like most of them were rejected for either being “too edgy” in an undergraduate way – coating yourself in oil guy was creepy, Chinese guy was political, destroying that My Kitchen Rules‘ guy’s books was probably too much for an ABC board member who’s mates with him – or just being not very good (hey look, it’s Heath Franklin!). But if DVD releases and the deleted scenes they featured are now a thing of the past, we’re not going to fault the ABC for giving us the chance to see the stuff that really wasn’t good enough to go to air)

The problem with Retrograde is that, in the first episode at least, its actual comedy was pissweak. It’s a show set during lockdown, so it featured such hilarious insights as “toilet paper is hard to find”, “small children will interrupt you during a video call”, and of course, “people will make a video call wearing the top half of a suit then stand up to reveal they’re wearing no pants”. There was also a tarot card reading that was supposed to reassure someone so of course the first card drawn was Death. At least the show was trying to be funny?

As we may have mentioned earlier, sitcoms now are really just about providing the audience with fake virtual friends for a half hour or so. Being funny – as in, actually funny, not someone with “banter” – is a drawback, because while everyone wants friends, not everyone wants funny friends and mainstream television can’t afford to alienate anyone in 2020. So while it might seem like we’re being negative about both shows – because we are – judged by the shows’ own standards, calling them bland exercises in virtual friendship is giving them both a big thumbs up.

Then again, all our favourite older, funnier sitcoms have been #cancelled for having blackface episodes, so maybe we should quit while we’re ahead.