Another season of Black Comedy is over, and by all reports it’s not coming back. How will sketch comedy survive? Supposedly Kinne Tonight is coming back later this year, so looks like it’ll struggle on for a little while yet until someone decides it’s time to revive Fast Forward one last time. 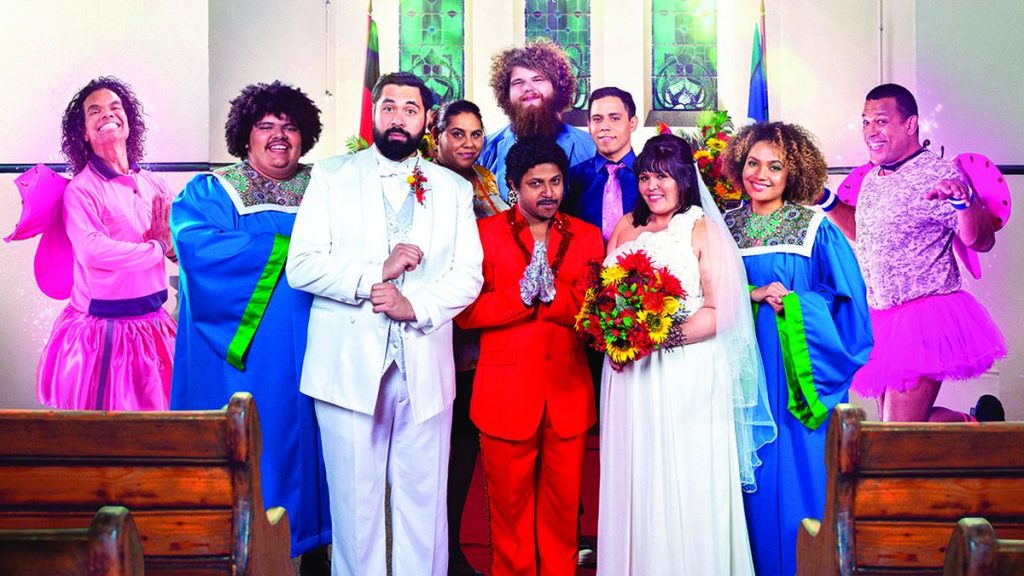 But we came to bury Black Comedy, not praise it. We gave it plenty of praise (by our standards) earlier this year when it seemed fresh and new and not yet another sketch show that kept repeating the same sketches over and over. Sure, Black Comedy at least mixed it up a little, coming up with new ideas each week. And they put real effort into their sketches: the To Kill a Mockingbird parody this week was especially well done.

Unfortunately, it was also a sketch where the joke was some fancy white restaurant had made a “deconstructed bully beef” meal, and while it wasn’t a bad joke, it wasn’t really enough to hang such a lengthy sketch on. Which was often the problem with Black Comedy; the longer the sketch, the thinner the material turned out to be.

That’s disappointing because, all snark about Kinne aside, both it and Black Comedy have made some good first steps towards making Australian sketch comedy less of a joke. Both shows seem to have largely figured out that a decent idea is worth maybe a minute of airtime before you have to do something with it – and if you don’t have any idea what to do with it, move on.

So while Black Comedy did start to get repetitious after a while, at least it only repeated the sketches based on characters rather than concepts. The sketches that went on too long were at least usually broken up into segments, and each segment had at least something going on beyond “we’re still doing this”. There was a clear point of view to most of the sketches too; if you’re going to make a point, it helps to have a clear one in mind.

And the cast seemed to be enjoying themselves, which is more important than a lot of sketch shows seem to realise; a lot of the shorter, sillier ideas worked because they were clearly just piss-farting about.

Okay, maybe we did come to praise Black Comedy a little. It had probably worn out its welcome, but at least it didn’t overstay it.