Back to Black Comedy

It’s probably fair to say that Black Comedy is a variable program. For every good sketch about black/white relations or deadly aunties, there seem to be a fair number which need some work. 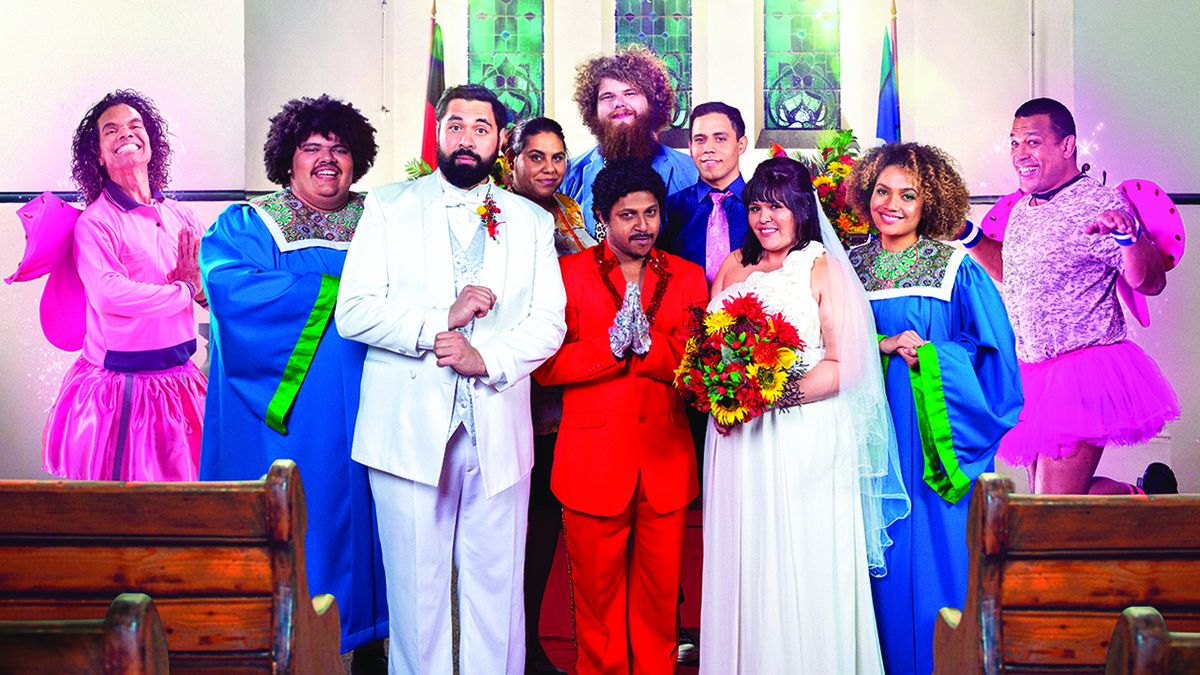 The sketch which came to dominate Wednesday night’s episode is a case in point. A grandson and grandmother run out of Bushell’s during a worldwide tea shortage and embark on a quest to find their next cuppa. Along the way, they discover the dreadful things that the “tea-pocalypse” has made people do before eventually realising the true horror of the situation: they must do the same.

This sketch, which was a beautifully made and well-acted pastiche of almost any recent apocalypse/dystopian film you can name, sadly, had one just joke. Which was that some people had run out of tea. We realise that’s more jokes than Josh Thomas has ever put into an entire series (our review of Everything’s Gonna Be OK is coming soon!) but it’s still not good enough.

Sketch comedy is tough – and it requires a lot of ideas to fill six half-hours – but dwelling on just one comic conceit is a bad idea. A better sketch in Wednesday’s episode was the one set in a café, where a white waiter makes a jokey but potentially-aggravating gag about black coffee to an indigenous customer, and then has a minor breakdown in which he questions whether he’s racist or not. As the waiter starts to question his initial comment, he then starts questioning his subsequent thoughts, each thought piling on top of each other until it ends in a sort of mental explosion of racism. It was a very good sketch.

Generally speaking, Black Comedy is on safe comic ground when it tackles white/black relations and plays on the tensions and conflicts. Last week’s key party sketch included a fair number of decent gags on this subject, mostly concerning the white men claiming not to be racists when they purposefully selected the keys belonging the white women. Another sketch in this week’s episode was in a similar vein: a white husband walks in on his white wife just after she’s finished having sex with an indigenous man and desperately tries not to make this a racial matter. “We stole your land so you might as well steal your wife”, he unconvincingly suggests.

We love sketch comedy here at Tumbleweeds Towers and wish there was more of it on TV. And the problems in Black Comedy are far from unique to Black Comedy. Even with a decent budget, a talented cast and a big team of writers, it all comes down to the quality of the material.

What we’d like to see, generally, is a move away from putting to air sketches which contain just one joke or comic idea. Just because they’re short, it doesn’t mean that sketches can’t change and evolve within themselves, ending up as something very different to how they started out. It is a comedy after all, where anything can happen.