So this stirred things up a little over the weekend:

Between Hannah Gadsby’s Emmys win, Becky Lucas and Rhys Nicholson landing stand-up spots on the US  show Late Night with Conan  O’Brien and Demi Lardner’s Best Show nomination at the Edinburgh Festival in August, Australian comedy is having a world-class moment.

Not that you’d know it looking at our local TV screens.

Cowards? The people who put Trial by Kyle on the air? Never. 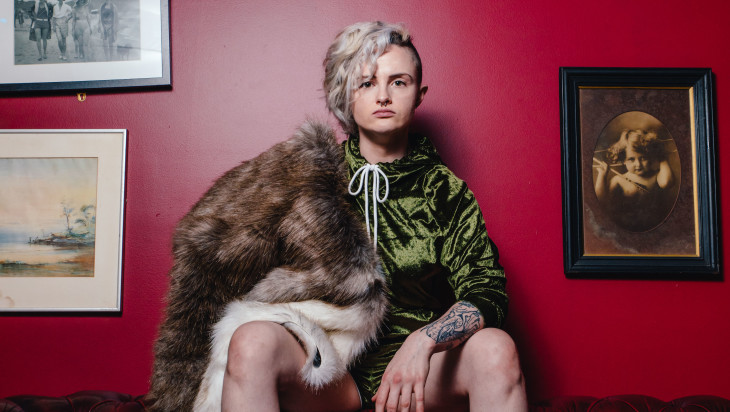 It’d be easy to dismiss this article as the griping of a comedy generation who don’t know how lucky they are – and a lot of people on twitter did just that.

After all, it wasn’t so long ago that Australian comedians had next to no opportunities to establish themselves anywhere, let alone on a global stage. Remember when the biggest venue for Australian stand-up on television was Hey Hey it’s Saturday? Even Bill Hicks couldn’t make that work.

For most of the 90s, the Australian media was fenced off and unless you were already behind the wire – which is to say, you were a white male baby boomer of Ray Martin vintage – you had no chance of getting anywhere (Mark Davis’ book Gangland is a useful guide to this grim time). There were zero opportunities for anyone new to make a mark in the media for a solid decade or more; comparing that time to this, it’s hard not to wonder what the current crop of stand ups are complaining about.

Thing is, if you look back just a little further you actually will find a time when Australian comedy did provide opportunities – good ones – to up and comers. If you were making comedy in the 80s, there was a firm path to success; people on community radio were getting steady work on commercial radio, people doing live comedy were getting work on ABC shows that led to series on commercial television. The result? A golden age of Australian comedy we’re still looking back on fondly today.

So what went wrong? Generally speaking, having a recession in the early 90s didn’t help. It turned out that having wave after wave of up-and-comers eventually left you with a whole lot of established comedians who didn’t want to leave the country, or retire, or just generally make room for the next lot.

Going to university suddenly cost money, so students focused on getting their degrees instead of piss-farting around in student revues being funny. Networks started to lose interest as comedy stopped being “the next big thing”. Pick a reason; we’ve got loads more.

The ABC, as we’ve mentioned before, doesn’t have the money to make anything that isn’t an international co-production; the commercial networks are following the ratings and in 2019 they don’t lead to comedy without Andy and / or Hamish.

But just because comedy is stuffed in this country doesn’t mean there aren’t still options – for one, Australian television could provide a showcase for up and coming talent.

That sounds risky – “up and coming” often being code for “not great” – but is actually something that Australian television has done a few times in recent years so it’s clearly not a terrible idea.

What is a terrible idea is the other thing Australian television has done a few times in recent years: put on a showcase for up and coming talent and then dumped it without replacing it with something else.

Usually the recent axing of Tonightly gets brought up as a symbol of the ABC’s abandonment of the youth – the “lingering resentment” over its departure definitely got a mention in this article. But the problem wasn’t that the ABC axed Tonightly: it had been running for close to a year and the ratings were in the toilet. It was that they axed Tonightly and didn’t bother with a replacement.

Likewise, the recent Open Slather – which was obviously the show Lardner’s talking about about as a “hot mess”:

“It had too much money behind it, and Foxtel is just poison for comedy. It was the biggest comedic failure I’ve been involved with,” says Lardner.

– was in theory not a terrible idea: get a bunch of old names from the 80s golden age to bring in the viewers, combine them with up and comers (ie: Lardner) to bring the funny, and you have a winner. Except that we’re talking about Australian television here so of course, it wasn’t.

“When you’re forced to be creative, which is how young people have to be because we have barely any money, things turn out way better because it’s interesting and we’re not the same 10 50-year-old white dudes they’ve been hiring since Full Frontal.”

Who could she possibly have been talking about?

Similar Posts
Don’t Get All Dramatic
Wakefield is a new ABC series from Jungle Entertainment, the production company responsible for, amongst other things, Squinters, Sando, The...
Read More »
The Face That Would Not Die
Daryl Somers is not the absolute worse human being ever to make repeat appearances on Australian television, but he almost...
Read More »
Give Us 30 Minutes, We’ll Give You the [Expletive]
One of the good things about watching The Weekly is… ahh, nearly had you there, didn’t we? That’s right: there...
Read More »