Earlier this year we wrote a little about how Mad as Hell, as basically the last ABC comedy program still in existence, was having a bit of fun using all the old laff-getting tricks that other shows used to mess around with. Back then we were generally approving: little did we realise they were about to make use of the “trick” we’ve enjoyed the least in all our years of watching satirical comedy – getting actual politicians to appear. 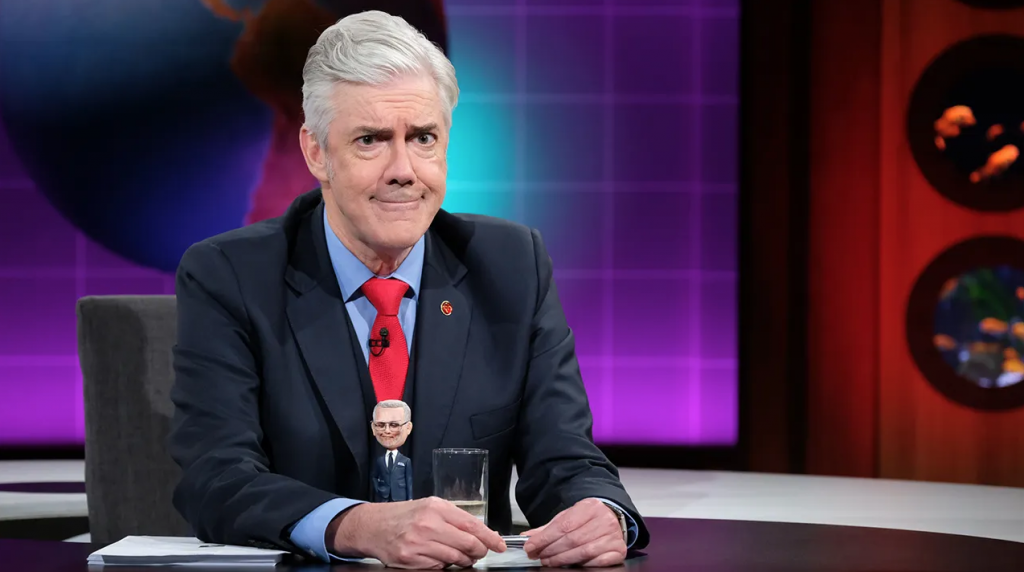 In theory it’s certainly not the worst thing ever – that would be… oh, let’s say Peter Helliar this week. But as anyone who remembers those long, long years when “the Chaser boys” ruled ABC satire, having politicians on is often a short cut to a dull, stilted scene where the only joke is the idea that the politicians themselves thought this appearance would make them more relatable.

At least the surprise appearance of Mathias Cormann on this year’s final episode involved a politician who’s heading out the door, so there wasn’t the whiff of someone’s PR department trying to get them on a popular show to prove they’re “just like us” (especially as part of the joke is that he somewhat resembles a killer robot from the future). And it was a nice send off for one of Mad as Hell’s longest-running and most consistently entertaining characters – though it’s not hard to imagine them finding a way to bring him back if they really, really wanted to.

Otherwise, Mad as Hell continues to be the best comedy program on the ABC by a margin that’d be even more impressive if it wasn’t the only comedy program on the ABC. It’s an unalloyed pleasure to be able to watch a comedy that’s so sure-footed, so nimble and completely in control of what it’s trying to say. There may be the occasional bum note or wobbly joke, but that’s almost always down to a matter of personal taste: this is the rare (recent) Australian comedy where all those involved both know what they’re doing and have the ability to actually do it in a fashion that’s both clear and funny.

There was a long stretch there where each season finale of Mad as Hell was filled with trepidation: would it be coming back? Erratic scheduling, a strong sense that The Weekly was being pushed as a replacement and the self-evident fact that Shaun Micallef has other employment options combined to make Mad as Hell‘s ongoing survival seem a bit iffier than it should have been. Thankfully it seems those days are past: everybody knows they’re onto a winner here. Long may what has clearly become an ABC institution reign.

Also, who doesn’t love The Ramones?