Remember movies? Worse, remember Australian comedy movies? Oh sure, there was that Paul Hogan one a few weeks back, but aside from that? Nothing. Well, nothing unless you’ve been scouring the listings for the various Australian film festivals that have been forced to relocate online thanks to 2020 being garbage, in which case you may have spotted a little film called Paper Champions. 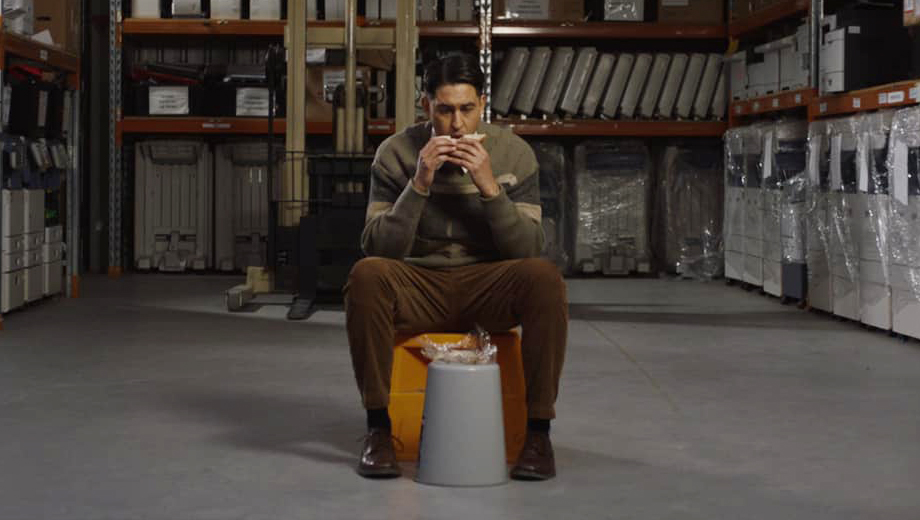 Usually a film screening at MIFF (the Melbourne International Film Festival) would be tough to catch: films showing at festivals usually only get one or two sessions at one location, so while it’s all nice and exclusive for those who can make it, everyone else is out of luck. But this year, things are different: MIFF is now entirely online, which means that anyone anywhere can watch the films on offer. The films (aside from a handful of high profile titles) can also be watched at any time you choose once you fork over your money. All of which means you have roughly four days left to check out Paper Champions from the comfort of your own home. The real question is… should you?

The story of a subdued-to-the-point-of-comatose photocopier salesman, it’s the kind of Australian comedy film that’s more about the “film” side of things than the “comedy”; anyone expecting a laff riot should keep on scrolling. Though probably not scrolling through the MIFF listings as there’s bugger-all else as far as comedy goes this year. But as is often the way with even low budget Australian films these days, Paper Champions looks okay, has a decent cast, and has a clear beginning, middle and end story-wise so even if you don’t laugh (and you probably won’t) you’ll still leave feeling like you saw an actual film.

You may even feel like you’ve seen a number of films, as the big problem with this small film is that there’s just too many subplots. Subdued dude Rey (Luke Saliba, who also produces and co-wrote the script) is trying to get his mana back (think of it as a Polynesian version of “his groove”) and so he goes through a range of situations trying to figure out how he can regain his spark. Part workplace comedy, part awkward family comedy, part awkward family comedy only with his best friends family, part wrestling movie, part rom-com, part dance movie, part jokes about photocopiers and there’s a rugby game in there too, this really needed to pick two or three subplots instead of spraying ideas all over the place.

It’s all largely held together by Rey – he’s the one constant in all this, so the constant shifts aren’t as annoying as they might have been – only Rey spends a lot of the movie just sitting there being a sad sack. It’s a slightly odd choice for a movie that’s clearly been put together as something of a showcase for Saliba (co-writer and producer, remember), as it feels like the kind of thing you’d do if you were making a movie around a lead who wasn’t that compelling a screen performer. But Saliba does come across well throughout, and the rare scenes where he perks up do register as big moments. Hey, maybe he’s just a generous guy who wanted to let just about everyone else in this film steal almost every scene he’s in. Being the straight man in a comedy is a thankless job.

But is it funny? There’s two possible scenarios to consider here:

A): Australian film is so firmly built around the grants system these days that you can hardly blame film-makers for wanting to tailor their product to funding bodies rather than audiences. Even if they didn’t get or need a grant this time around, who knows when they’ll have to knock on (say) Film Victoria’s door, cap in hand? And with comedy still seen as something popular that doesn’t need funding, increasingly Australian screen comedy looks like Paper Champions: a film that often feels like it really wanted to be funnier, but then remembered it was time to drop in some family drama just to make sure we knew we were watching a “real” movie.

B): There’s a lot of things going on here that feel like they probably seemed funny written down, but don’t really work that way on the screen. The wrestling subplot is pretty over the top; Rey’s work features more than the usual amount of kooky characters; someone dances really, really badly. And there are a handful of moments here that are legitimately laugh-worthy, alongside a lot more that feel like they’re meant to be running gags or quirky observations. It doesn’t try so hard to be funny that it’s failures are painful to watch, but that also means there are long stretches of this film that are just… you know, pleseant.

Either way, the end result isn’t the worst Australian comedy film of the year. Which has got to count for something even if there’s only been one other Australian comedy film this year. Supposedly Paper Champions will be getting a cinema release once people feel safe enough to go into cinemas, so you might want to hold off and see this one on the big screen… but probably not.

Similar Posts
How to Please a Comedy Fan
How to Please a Woman is an Australian comedy film, and we’ll stop right there because when it comes to...
Read More »
It’s a Fraud, I Tell You!
Why would you make a movie in Australia? Sure, there’s generous tax breaks, plenty of skilled tech crew, stunning locations,...
Read More »
Lover Come Back to Me
Hey, Josh Lawson’s got a new movie out! Though you’d be forgiven for having missed it, as this time around...
Read More »