All Just a Little Bit of History Repeating

You can tell when Mad as Hell is angry at the ever-increasing rightward tilt of Australia’s media and politics because they start making jokes about Labor. So it was no real surprise that Mad as Hell came roaring back onto our screens this week with a few extremely cheap shots at the nominally left-ish side of Australian politics. Us? We loved it. 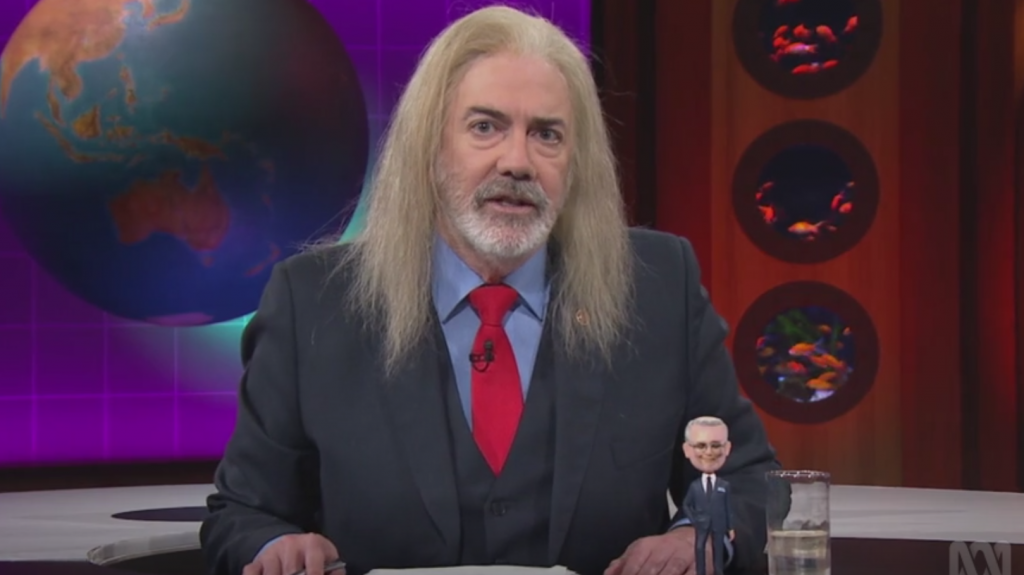 Partly that’s because, with the ABC itself seemingly trying to curry favour with the right – when ABC board chief Ita Buttrose isn’t calling young people sooks she’s asking mining magnates to give high profile lectures to explain why the country should continue to be run exclusively for their benefit – it certainly can’t hurt to provide a bit of “balance” when it comes to political comedy. The days when the right spent their spare time complaining that the ABC’s political satire was too hard on millionaires and didn’t spend enough time mocking the poor are long gone, but presumably Gerard Henderson could rise from the grave if anyone was foolish enough to spill some human blood anywhere near it.

But what we really enjoy about Mad as Hell‘s swipes at Labor is that they’re almost always really directed at the right-wing’s view of Labour. “If Labor got in they’d waste all the money and send this country into economic ruin” would be a devastating insult if it wasn’t for the fact that when it comes to economic mismanagement the Federal Coalition wrote the book and then sold it for less than it cost to print. It’s so stupid it’d be a joke if it wasn’t also a right-wing core belief… hang on, why can’t it be both?

Mad as Hell gets to have it both ways: if the Liberals and their minions complain that the show is biased against them, what with the 25-odd minutes of jokes and vitriol directed directly at them and everything they stand for, there’s a number of blunt anti-Labor statements Micallef and company can point at to balance the books. And for anyone with an actual sense of humour, those anti-Labor statements are clearly aimed directly at the kind of unthinking political automatons who would accept said silly statements at face value. The real winner? Comedy!

Our half-baked political analysis aside, this week’s return was a stark reminder of just how good this show is. Whether it was the return of Roz Hammond advertising a bizarre eye expander, Micallef explaining that they wouldn’t actually be doing a “release the Karen” bit because they’d already used that gag in a caption ten minutes earlier, or a hilarious monologue about testing for Covid in people’s sewage that contained the line “Fuckin’ government poo hunters”, Mad as Hell came back firing on all cylinders and thank god for that.

We did feel bad at finding out that the original “mad as hell” guy hasn’t been getting any royalties for his regular appearances in the opening credits though. Typical bloody commie ABC.