Most Australian television comedy of the past couple of decades has been made at the ABC. In fact, if it weren’t for the ABC, there’d barely be any locally made comedies at all. So, on the one hand, we have a lot to thank the ABC for – even if they’ve made a lot of duds. On the other hand, most comedy made at the ABC tends to appeal to a certain demographic. And compared to the comedies made by commercial networks, ABC comedy tends to be cooler, more left-leaning and more satirical.

Comedy which looks at more everyday matters, the sort of situations and topics which shape the lives of mainstream Australia, tend to be on the commercial networks. Comedy panel shows about sport like The Front Bar, for example. Or Kinne Tonight. 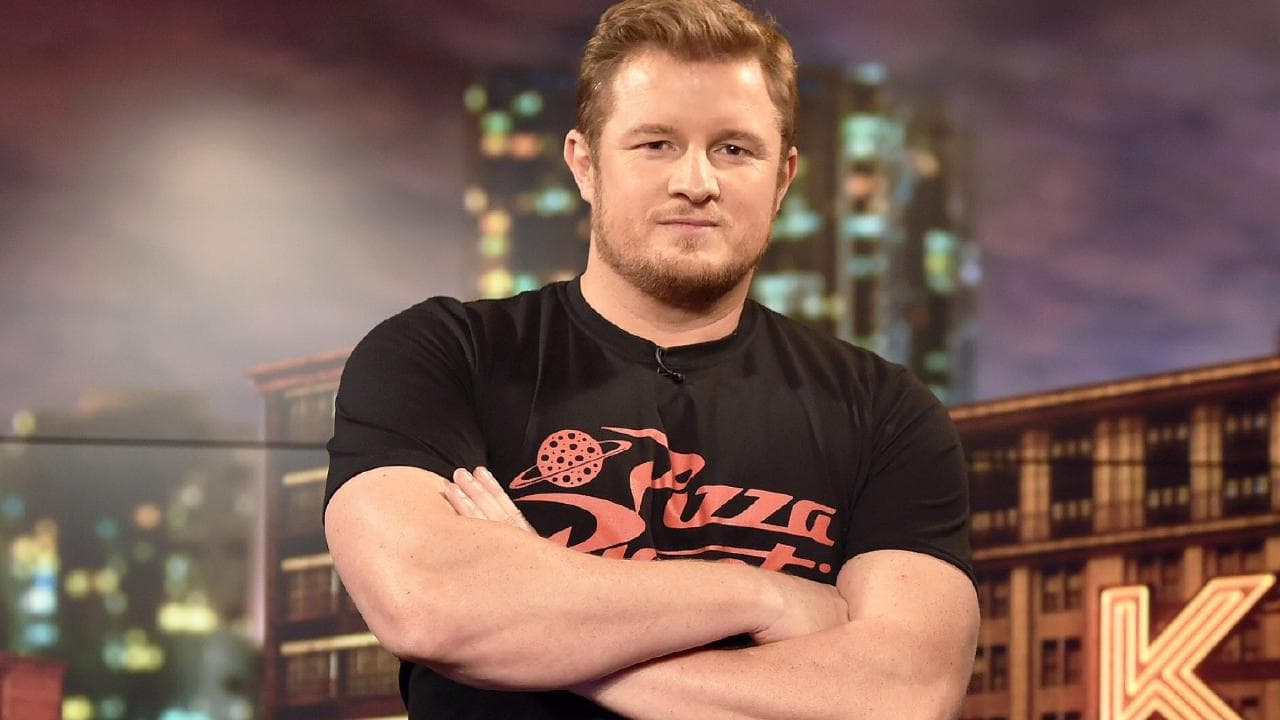 Troy Kinne’s comedy focuses on the sort of things a lot of people can relate to: dating, marriage, sexual politics, having kids, being middle-aged, the ins and outs of social media…topics which the average ABC sketch show almost never covers. Even At Home Alone Together, a show driven by a global pandemic that affected everyone managed to place a hipper spin on topics like friendship, dating and parenthood than a COVID-inspired Kinne Tonight would have.

Kinne Tonight isn’t the greatest sketch show ever made, but it’s a solid half-hour, week-in week-out. And Kinne’s take on the world is relatable in a way that a lot of the more surreal or intellectual comedians probably aren’t. He’s got the feel of a Shane Jacobson, a Paul Hogan, or a Russell Gilbert – he’s an average, everyday bloke.

He’s maybe a bit too obsessed with the differences between men and women – and after eight episodes we really don’t need to watch any more sketches which are basically “Women, eh? What’s up with them?” – but it’s difficult not to laugh at a sketch which is about the trials and tribulations of a fart. Or the one where personifications of various apps annoy a couple having a first date in a restaurant.

And let’s face it, no one else is doing these kind of left-field takes on everyday situations. What you’re more likely to see in Australian sketch comedy is a crap take on whichever government policy has fucked over the young and vulnerable this week. Which is valid and important, but possibly not quite as laugh-out-loud funny as a man pretending to be a fart.