It was a shit segment and it should have ended four years ago. Good fucking riddance.

Okay, fine. Usually we at least try to get in somewhat early with our so-called “news coverage”, but when we heard that Tom Gleeson was finally retiring his excreteable Hard Chat segment from The Weekly a good 80 episodes after it stopped being funny, we thought “hang on, let’s wait a minute here”. No point digging a perfectly good hole when we’re not 100% sure the fucker’s dead yet and all that.

After all, our only source for this information was Tom Gleeson, a performer who’s carefully developed over the last decade or so a subtle and nuanced comedy persona that’s best described as a lying sack of shit. Oh wait, we mean “colourful prankster” who just happens to say whatever the hell he likes so long as there’s a bit of publicity in it for him. Because it’s funny! To him at least. 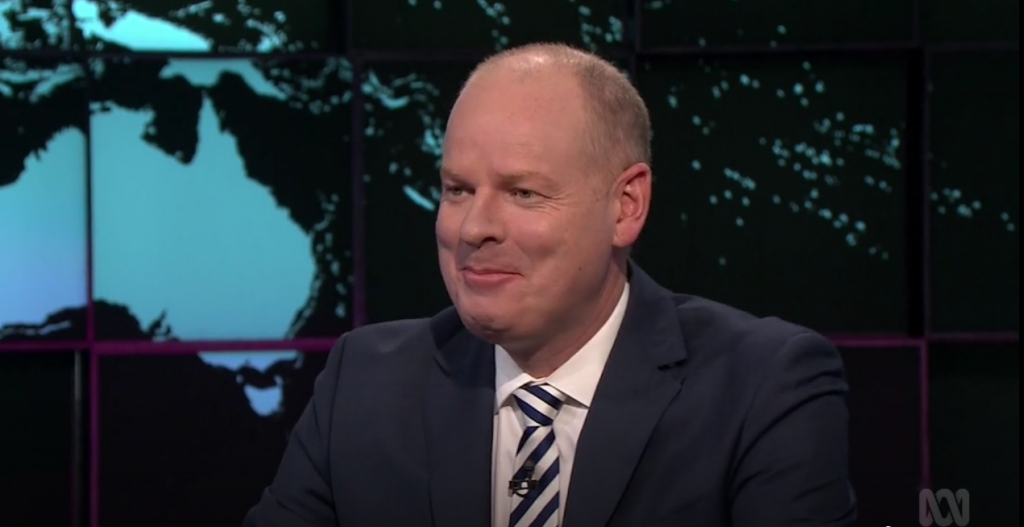 So claiming his long-running segment had finally staggered to an ignoble end only to exhume the corpse in a week or so’s time is totally in keeping with whatever the fuck kind of comedy character he’s supposed to be playing these days.

“That’s the joke” his fans say, “he’s pretending to be a self-obsessed jerk who’ll insult anyone for attention! He also tells lies! Hilarious!” and no doubt in the hands of a skilled comedy practitioner – or even with a bit of context around it, as Gleeson sometimes provides during his actual comedy performances and on quiz show Hard Quiz – this kind of act works just fine. Well, probably not “fine”, but you can see what he’s trying to get at.

But the whole point of the increasingly pointless Hard Chat was that Gleeson was a loose cannon willing to talk shit to anyone anywhere, and that eventually spread out into the real world with things like his efforts at The Logies. Which again, wasn’t automatically a bad thing, except that unlike other professional bullshit artists around the globe there was no real comedy character – or joke – behind it. Gleeson wasn’t pretending he’d axed his show and it wasn’t coming back unless he won the Gold Logie to make any kind of greater comedy point, or even just to get laughs; he did it because he wanted to win a Gold Logie.

And now he has one. There’s even a reasonable chance he has the final one: TV Week just got bought by an asset-stripping venture capital firm almost certainly looking to cash in then cash out, and wasting money on an awards night that hands out statues to the likes of Tom Gleeson isn’t going to look good on the balance sheet. There’s a high note to go out on.

Hard Chat wasn’t just a one-joke segment that relied almost entirely on the quality of the guests involved and stopped being funny three weeks in: it took Tom Gleeson from rarely amusing comedy dickhead to the dizzying heights of award-winning quiz show host. Which means it took him from being the Ginger Ninja to somebody we can pretty much ignore, which is a win-win all around.

Mind you, it was still a shit segment that should have ended four years ago. Good fucking riddance.