A quick and probably highly inaccurate survey shows that roughly 50% of the time we greet the return of The Weekly with something along the lines of “hey, maybe this year won’t be so bad”. Which clearly makes us idiots, because every year The Weekly is pretty much the same only with slightly less Briggs.

But now, all that’s changed! Okay, not the part about there being less Briggs, but he’s still in the opening credits so you never know. But check out that fancy new set! It’s all earth tones and exposed wiring like the inside of the TARDIS during a season of Doctor Who where they were trying to go for “cosy”.

Sure, it’s the casual version of an utterly generic television show set with that “hey, it’s just like your loungeroom only there are cameras and who the hell still has board games under the television set, oh right people who still have a television set” vibe. But it’s something different, and for The Weekly that’s always – always – a good thing. 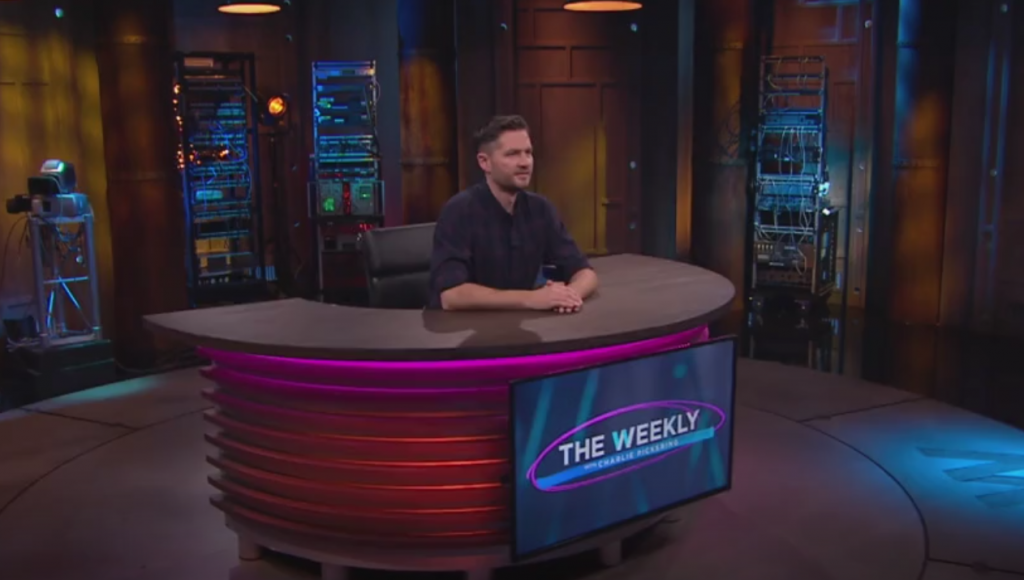 It’s honestly hard to know how much this first episode is setting the tone for things to come. The big thing to note is that there was no Tom Gleeson, which was strange but hardly unwelcome. Pickering made sure to let us know he’d be back though, so presumably Hard Chat will also be returning and suddenly The Weekly doesn’t seem all that different any more.

Likewise, there was no interview segment this week, and not to sound like a cracked record but this was also a welcome subtraction. The extended “Greg Norman hates clothing” sketch that replaced it wasn’t exactly a comedy highlight in any way shape or form, but it was at the very least an attempt at comedy so let’s focus on our somewhat unconvincing thumbs up and not our pained expression.

The real highlights were, of course, Charlie Pickering explaining the coronavirus like none of us had watched a news report since January. Oh wait. Maybe it was Pickering explaining how the governments tracking app works? Pickering throwing to a clip from New Zealand breakfast television? Pickering laughing at his guests jokes?

Yes, the show’s slogan is “He’s watched the news so you don’t have to”, so we all know what to expect. But when the news is entirely about a lethal pandemic that could kill you and information is the only real defense, it feels safe to suggest people just might be giving their full attention to the regular, snark-free news and coming here for the comedy. Which means we’re not the only idiots here.

So what did work? Judith Lucy was hilarious as always, and much as the lockdown is well and truly into the “hey, maybe death won’t be so bad after all” stage, she still did an excellent job of wringing the last drops of comedy out of staying at home and getting shitfaced. 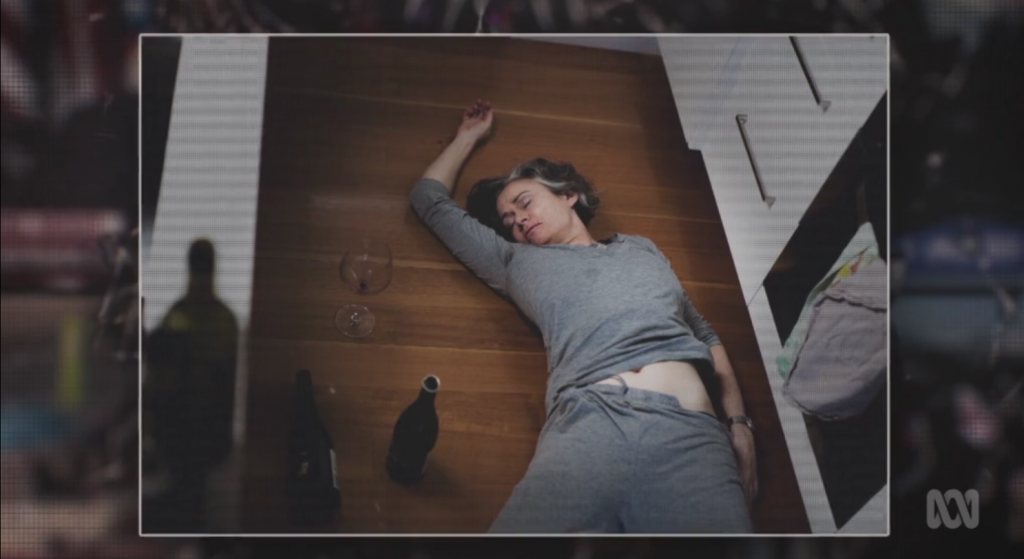 Luke McGregor was the big surprise, in that his financial segment just went for flat out silliness and was definitely the better for it. His explanation of negative gearing didn’t seem to explain much of anything, but McGregor as his own trash-talking dad was the episode’s highlight and hopefully Link from The Legend of Zelda will be able to afford a badly drawn house of his own one of these days.

The Weekly is always going to be hamstrung by a number of built-in flaws that will never change. Pickering isn’t all that funny, Tom Gleeson is a sidekick who never threatens to overshadow Pickering comedy-wise, the idea of a comedy show that explains the news is a tricky one to make work as comedy (if explaining a joke ruins it, having to explain the set-up before you make a joke isn’t a lot better) and for some reason while almost everyone on the writing staff of The Weekly is funny elsewhere the comedy bits on The Weekly just aren’t great.

What’s left is a couple of people who would be funny anywhere being funny on a show that wouldn’t be funny without them. Which isn’t exactly a great argument for keeping the unfunny show going but we all know The Weekly is going to outlive every single one of us and most likely the concept of comedy itself. You want big laughs? Check out this couch: