The Sounds of Silence

Mad as Hell without an audience? How’s that going to work? 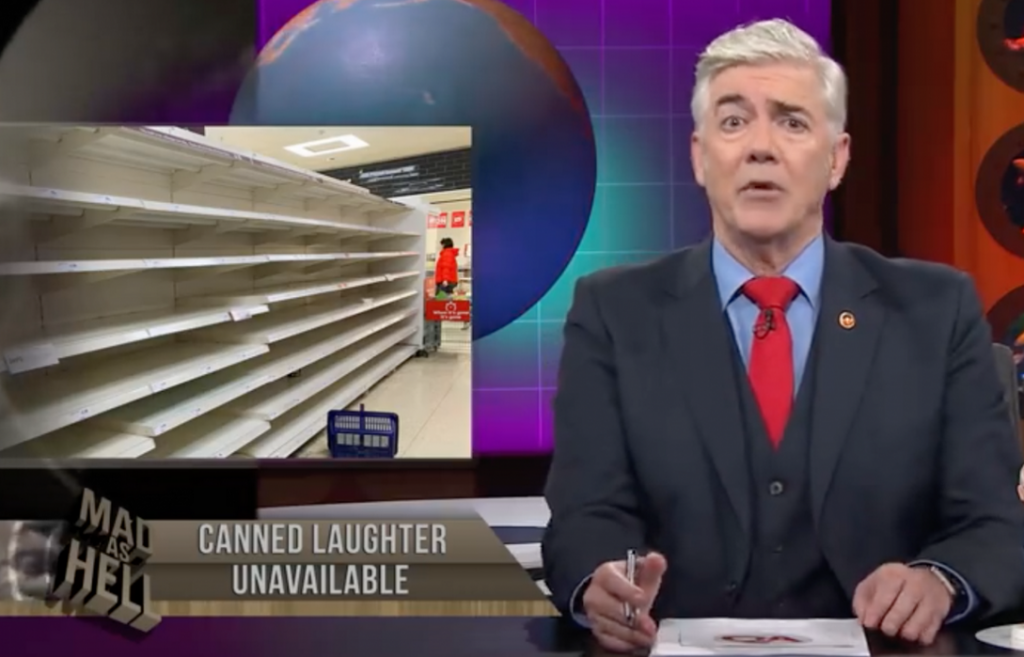 As it turned out, pretty well. Which should have come as no real surprise considering Shaun Micallef did roughly the same show without an audience for years (that’d be Newstopia, by the way). Obviously the situation wasn’t ideal, but these days what is?

One of the big problems with Micallef’s best, yet sadly dismissed by many (including the man himself) sitcom Welcher & Welcher is that it really needed – but did not have – a studio audience. The show’s one major flaw was that its joke-heavy structure required Micallef and the cast to pause slightly after a laugh line (so the viewers at home were able to chortle), which sapped the show’s energy.

Likewise with Newstopia, which was packed with quality sketches and pre-recorded bits, but often felt slightly stilted when it came to the show’s meat & potatoes: news gags delivered by Micallef from behind a desk. Again, the problem was the death pause after a joke. Micallef’s style of performance really does require that kind of “huh, geddit?” moment after he delivers a zinger, but without an audience actually laughing the silence tends to – again – sap the show’s energy a little.

So how did Mad as Hell get around that? To be fair, it didn’t always: some of the early to-camera bits felt a little bit rough. Partly that’s a result of MaH‘s busy format: it could be argued that Newstopia did better with the to-camera stuff because there Micallef just delivered it straight, while with Mad as Hell there’s usually jokes working on a number of levels (the joke photos & captions, Micallef’s performance, the script itself), and it’s the audience’s laughter that ties it all together.

But that’s a minor quibble when a show has material this strong. Micallef often does his best work when he has someone to play off, and much of MaH is structured to give him exactly that, whether it be interviews, “audience” questions, or his own befuddlement. Yes, the actual audience has that role too, but he did an admirable job without them.

And seriously, who’s watching Mad as Hell for the audience anyway? Whether it was the bulky laugh machine, the return of Curiosity Cul-de-Sac (updated for the Stateless generation), everyone playing up to possible home viewer Tom Hanks or just Micallef washing his hands, it remains prime hilarity even after eight years, eleven seasons and a viral plague sweeping the globe.

That said, fingers crossed this whole coronavirus thing is somehow magically over and done with in the next month. We’re not that fussed about not leaving the house or society collapsing or dying or anything – we just don’t want to see hot virus takes served up by The Weekly.

Similar Posts
So We’re Just a Mad as Hell Fanblog Now, Huh
The good news is, Australian television comedy continues today exactly as it would have if a lethal pandemic wasn’t killing...
Read More »
Choose Me For Me
It’s taken us a while to get around to talking about Josh Thomas’ new series Everything’s Gonna Be Okay because…...
Read More »
Back to the Front(line)
Is Frontline Australia’s all-time best comedy? Of course not: why would you even suggest such a crazy thing? Oh wait:...
Read More »