Can Australian comedy survive the coronavirus?

Humanity has always needed a laugh. Even our monkey ancestors probably had one or two amongst them who would stand-up, while everyone else was sat around the fire of an evening, and bust out a tight 10 about how there’s always someone in every camp who can never be relied on to light a fire properly. You know what I’m talking about, right? Seriously, what is the deal with those guys?

And so, in these times, which people are so fond of reminding us are “extraordinary”, comedy carries on, via Skype, Zoom, WhatsApp or just the good old-fashioned telephone. And TV and radio programs, podcasts and YouTube videos continue to be made even as much of the world’s population is social distancing.

At first, it was just a few older celebrities going a bit nuts in their homes:

Now, proper radio and TV shows are coming to you live from the hosts’ living rooms. 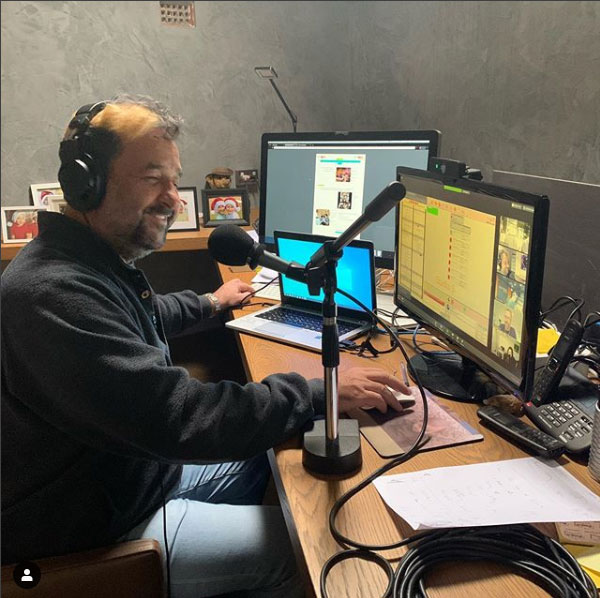 The team behind Triple M’s Kennedy Molloy have been broadcasting from separate places for at least a week now, desperately trying to put out a good show even as Triple M’s parent company faces problems as a result of the drop in advertising dollars. In Friday’s episode, Molloy and Kennedy seemed almost in tears during the end-of-show live read, almost begging new sponsors to come on board and keep them on air.

[SIDEBAR: As much as it’s difficult to feel sympathy for commercial radio after all these decades of crap music and even crapper content, the people who work at organisations like Southern Cross Austereo are real people with families and mortgages, so we wish them well.]

What has been interesting about this crisis, though, is how good a show can be even with everyone working in separate places and sounding a bit weird. Good comedy comes from good ideas and good chemistry, and the idea of Molloy and Kennedy ringing up some of Australia’s older comedians – Glenn Robbins, Denise Scott and Tom Gleisner – and seeing if they’re okay was a great one.

There’s also plenty of other interesting Australian comedy stuff happening all over the place as a result of the shutdown, which we’ll write about over the coming weeks. But, for now, here’s a quick shoutout to the podcast A Rational Fear, which had the very good idea of inviting comedians who’d had their Melbourne International Comedy Festival shows cancelled to come on and perform five minutes.

And who knows, maybe this time of crisis will force other innovations and format changes that will improve comedy in the future. Plenty of other organisations are changing rapidly, such as schools and universities, who after several decades of pissing about not delivering online learning, have finally been forced into making lectures and classes available on the internet.

So, how will comedy change? Here are a few predictions:

In short, a new comedy golden age, springing up in the toughest of circumstances, could be with us soon. To survive the coronavirus, comedians and content providers will have to be innovative, brave and funny. And for those who can’t? Well, there’s only one thing they can do: get a job in a supermarket or down the local toilet paper factory. They’re doing pretty well right now.