The future is now

Wherever the exciting future of Australian comedy is, it may not be at the ABC. For a certain type of comedy at least. Appearing on a panel recently at Screen Forever, “Australia’s premier event for screen industry professionals”, Rick Kalowski, Head of Comedy at the ABC, is reported to have said:

“That said our position is pretty simple: if you’ve got a track record, or somebody else, and we know you can execute, we will develop with you from an idea.”

So, they’re looking for stuff from established people that they can have total control over, er, can develop. Gotcha. Breathing down peoples’ necks is always the right way to nurture new comedy. Good plan, guys.

Which possibly explains the appeal of podcasting as a medium for comedians – it’s cheap and easy to make, it’s potentially lucrative and you get total control. Kate McLennan and Kate McCartney possibly think so, as they’re starting their own podcast soon. A podcast, which sounds like it might be parodying advice and wellness Instagrammers, vloggers and podcasters, and is presumably hosted by their comic personas the Kates (as seen on Get Krackin!).

Hey @katemclennan1 & I are starting a podcast because we’ve been writing for a year in a room at my house & we’re not in good nick. We’re going to dish out life advice, so if you want terrible advice about anything at all to do with life email us at admin@okgreatproductions.com

Meanwhile, as we recently reported, 7.30 satirist Mark Humphries and Dan Ilic are working on a series for Audible called Riot Act, which is due out on 2nd December and was recently described by Mediaweek as follows…

Campbell Parkes is an idiot with his own radio show. Until he’s tricked into fronting an event dedicated to a notorious Australian historical event. This satirical Audible Original Podcast is Mark Humphries’ black comedy at its best and features an Australian cast including Dan Ilic, Gretel Killeen, Rosie Waterland and Sandra Sully.

…which sounds potentially funny, but with Humphries, you never know. He’s very much of the school of satire where the satirist just lists some awful things that politicians or media figures have done and then adds a banal hot take or twist. But let’s not be so cynical as the festive season approaches. This could be great and truly Humphries’ time to shine.

Which leads us to John Safran, who’s also recently turned up on Audible with a new series John Safran vs the Occult. And yes, it’s not a comedy (unless you count his wry digs at Richard Dawkins) but it is pretty interesting. 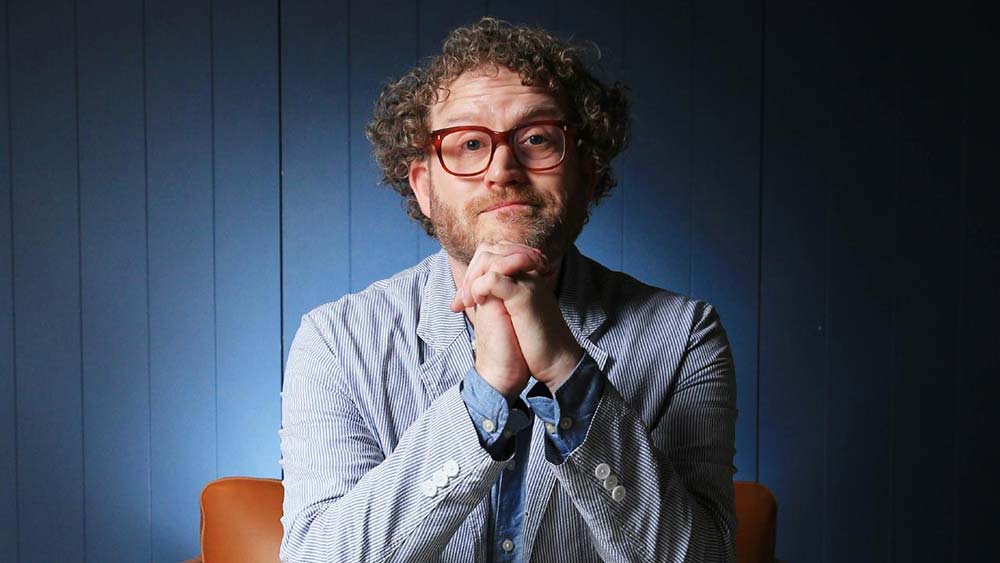 Leading on naturally from his many years hosting religion-themed radio and TV shows (Sunday Night Safran, John Safran vs God), and writing about true crime, extremists and religious nutbags, John Safran vs the Occult looks at supposed devil-worshipping gangs in Trump’s America, how a clash of traditional and Western beliefs in Vanuatu led to a double murder, and how a Muslim-Australian woman ended up being exorcised of a djinn (a powerful demon).

If you like audio documentaries about crime and weird beliefs, you’ll definitely enjoy this five-part series. A five-part series we’re pretty sure had little development or shaping from Audible because it’s classic Safran in every way, from the theme of the show to the presentation style to the indie-esque incidental music. Ah, podcasting, a medium which still respects an artist’s creativity and instincts. Perhaps we’ve found the exciting future of Australian comedy after all?