Hamish & Andy Get Older, the Show Stays the Same

If you programed a computer to create the perfect Hamish & Andy series, the program would look a lot like this:

Wonder what their new show’s about? 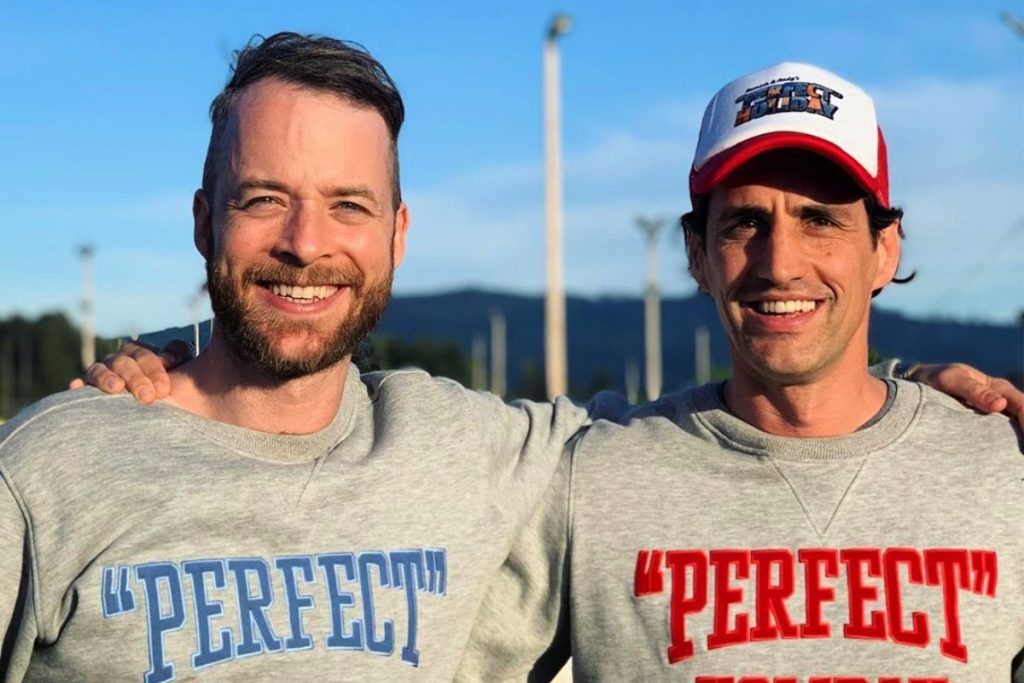 Sure, over the years they’ve mixed it up a little – but just a little; the various Gap Years were overseas trips complete with pranks, Caravan of Courage went overseas a bunch of times, and while True Story featured neither overseas trips nor pranks, they were all about “real-life” stories which if you really wanted to stretch a point were sometimes kind of “prankesque”

Really, the only thing keeping Hamish & Andy’s “Perfect Holiday” from feeling a little bit too much like more of the same is that both Hamish and Andy have been popping up in other people’s projects throughout 2019 – LEGO Masters for Hamish, Talkin’ ’bout Your Generation for Andy.

There once was a time when it felt like a real waste that Hamish & Andy didn’t use their clout to do more. They’ve been pretty much the only Australian comedy performers who rate well on commercial television for close to a decade now; imagine if they’d tried a weekly tonight show? A sketch series? Anything at all that involved a script?

But again, their refusal – after a couple of early stumbles (remember how the very first Hamish & Andy Gap Year had a weird tonight-show set up?) – to do any of that old-fashioned stuff increasingly looks like a canny move. Their biggest successes on both television and radio have always involved a major element of “what’s going to happen next?”; now that pretty much all forms of scripted Australian television are dying, keeping things as live-seeming and audience-interactive as possible has clearly worked in their favour.

Perfect Holiday is more of the same from the skilled radio hosts and it hits all the familiar beats. They turn up anywhere from a bus racing track to a casino (actually, those two places probably aren’t that far apart), they banter amongst themselves, they have a bit of fun with the locals, one of them does something mildly silly or unexpected while the other has a good laugh at them, and then it’s off to the next location. Pranks! For three weeks at the end of the year, it’s perfectly reasonable entertainment.

But, you might find yourself thinking during the 90 minute* run time, for how long? While Andy Lee seems magically immune to the ravages of time (though he does seem increasingly fond of hats), Hamish Blake is… not. They’re still handsome men and their friendship still somehow magically seems authentic, but you wouldn’t call them “handsome young men” any more, and when you’re doing a show about pranks the “young” part is pretty important.

The increasingly slender Blake having a chilli fight is amusing to watch. Watching someone 15 years younger having a chilli fight? That’s even funnier. Young people acting like dickheads is funny because young people are usually dickheads who think they can do anything; someone heading towards 40 acting like a dickhead starts to seem a little calculated, and where’s the fun in that?

Then again, there’s a reason why the phrase “canny” has come up more than once in this post. A show based around “hey, it’s a couple of old friends having a holiday and trying to recapture their youth” can easily position itself as a celebration of friendship (through pranks). Perfect Holiday already gestures towards that by having one half of the duo come up with the mildly unpleasant things the other half has to do; the fun comes as much from the relationship between them as the wacky stunts they’re getting up to.

So will the last comedy show on Australian television be an elderly Hamish & Andy still trying to put each other through the wringer from inside their mobile life support units? Judging by the state of free-to-air television in 2019, only if they get picked up by Disney.

*considering this is really just a collection of stand alone segments, this could easily have been a six part half hour series – though it probably would have felt a little too lightweight