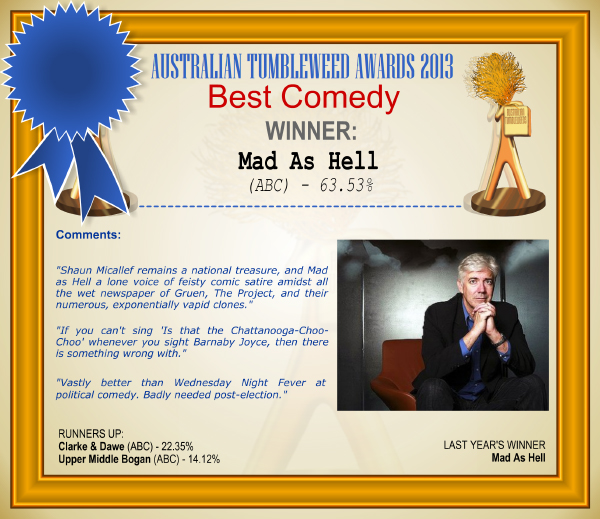 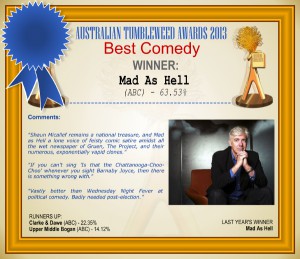 Australian Tumbleweed Awards 2013 – Best Comedy – WINNER: Mad As Hell (ABC) – 63.53%. Comments: “Shaun Micallef remains a national treasure, and Mad as Hell a lone voice of feisty comic satire amidst all the wet newspaper of Gruen, The Project, and their numerous, exponentially vapid clones.” “If you can’t sing ‘Is that the Chattanooga-Choo-Choo’ whenever you sight Barnaby Joyce, then there is something wrong with.” “Vastly better than Wednesday Night Fever at political comedy. Badly needed post-election.” LAST YEAR’S WINNER: Mad As Hell.