Well, isn’t this a surprising turn of events:

Guess which character is coming back in my new show? http://t.co/nTyz38JrRO pic.twitter.com/j6MNUsYt26

Hmm… could it be the one that involves Lilley putting on an unlikely costume for a 40-something man then saying “outrageous” things before the music gets all serious and his sad side is revealed? Oh wait, that’s every single character he’s done for the last fifteen years. Our mistake.

If we had to guess we wouldn’t guess because we just don’t give a fuck. Lilley pulled the exact same “oooh, who’s coming back this time?” stunt with his last series Angry Boys, where after months of only referring to “new characters” suddenly word slips out that hey, your faves are coming back guys! You’ve GOT to watch the new series now!

(And no bailing halfway through like last series either: Angry Boys dropping from 1.3 million viewers to 391,000 was the wrong kind of embarrassing.)

More cynical types might suggest these shock reveals are more revealing of Lilley’s lack of creative development. Is there any other figure in Australian comedy working at his level who’s churned out the exact same show four times now? This isn’t like The Chaser or Gruen or Spicks & Specks or Hamish & Andy where the cast and format remains largely unchanged but different topics and issues are tackled: Lilley just makes the exact same show over and over again. Oh sure, the locations are different and the racist stereotypes vary from show to show; the actual characters he plays, not so much.

If you do care about such things, the ABC have set up a page where you can keep track of the votes. Before you get too involved, here’s a reminder of what Lilley looks like now: 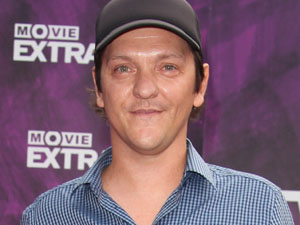 So those fresh-faced teen roles might be a little out of reach.

And let’s not forget that Lilley is yet to make a series that didn’t feature a number of “hilarious” musical numbers based on saying a bunch of offensive stuff. Needs a lot of make-up, likes singing offensive songs… that 05% ranking for S.Mouse suddenly seems kind of low…

Gran Sims has emerged as one of the likely stars of the new Chris Lilley comedy, which began filming this week in Melbourne.

The character of Gran, played by Lilley, is the grandmother of twins Daniel and Nathan Sims. The twins first appeared in the 2005 series We Can Be Heroes.

Their gran, who works as a prison officer at the fictional Garingal Juvenile Justice Centre for teenage boys in Sydney, was introduced in 2011’s Angry Boys.

Gran – full name Ruth Sims – is a tough mother figure to her wayward charges. She is also known for her love of guinea pigs, notably one (now deceased) which was named after the TV personality Kerri-Anne Kennerley.

At the end of Angry Boys, she left the prison service and moved back to the country town of Dunt to live with her family.

Few details have been released about the new series. Its creator and star, Chris Lilley, is notoriously shy when it comes to publicity.

However, it is understood the series has been filming at one of the locations where Gran’s scenes were filmed for Angry Boys.

The series has the working title Yellow Pants, according to a source. That title is most likely a red herring, with the real title yet to be unveiled.

Hey, didn’t Gran have Alzheimers at the end of Angry Boys? Sounds like Lilley’s vision of what comedy should be remains as tragic as ever…