Stories from a different age

There’s never been a better time for broadcasters to plunder their archives to keep us locked-down folk entertained, but there’s been a disappointing amount of decent archive comedy dropping on the various streaming platforms. So, it’s nice to see that Stories from the Golf is on SBS On Demand.

Originally aired in 2004, Stories from the Golf is a series of five-minute episodes from Gristmill (Wayne Hope and Robyn Butler) focusing on the weird and wonderful people who rent a silver 1998 VW Golf from a Melbourne car hire company.

Journalists, crims, an elderly man taking a last drive before he hands in his licence…we meet all sorts in this. Many of the characters are played by Hope and Butler but there are also guest appearances from the likes of Roz Hammond, Bob Franklin, Matt Parkinson, Brian Nankervis, Tony Martin, and Camilla Ah Kin (Mrs Habib from Here Come the Habibs!).

16 years after it was made, Stories from the Golf holds up well, but some of the differences between it and today’s sketch comedy are obvious. On the one hand, the cast is almost entirely white, most of the characters are male, and there is, perhaps, less sensitivity around LGBT and mentally ill characters. On the other hand, this is a hell of a lot more creative than a lot of today’s comedy. Apart from Sandi (Irene Korsten), who runs the car hire company, there are no recurring characters – and there are no recurring themes, beyond the fact that someone’s hired the car, meaning this show can go anywhere, and often does.

One episode, The Journey, about a couple taking a day trip down the coast, is shot in black and white in the style of a French arthouse film. Another, Syncopated Road Rage, starts off as the tale of a frustrated businessman stuck in a traffic jam but then turns into a musical. Then there’s the story of a son unable to handle the death of his domineering father, who refused to allow him to change his embarrassing Danish-origin surname: Fückstocker. Difficult not to find that surname funny. 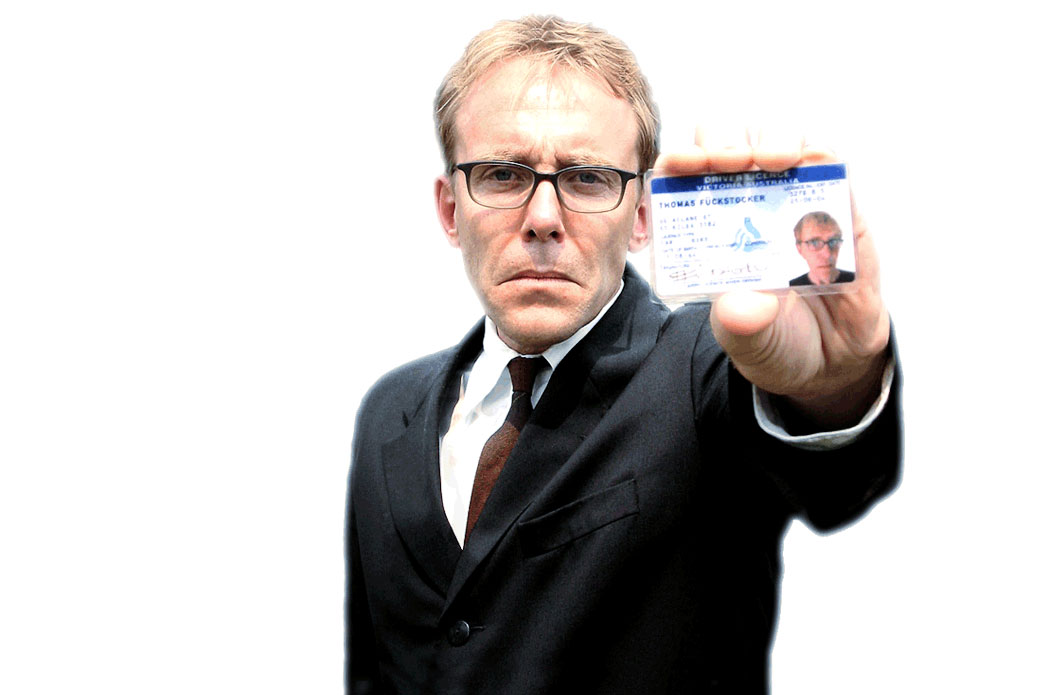 Playing with tone and format – or just inventing stupid surnames – seems to be less common in today’s sketch comedy, with its dedication to recurring characters, realism, and over-arching themes, and we miss this kind of comedy. There should be more flexible and open comedy formats like Stories from the Golf, where anything can happen.

There is one little mystery about SBS adding Stories from the Golf to On Demand, however. Why isn’t episode 4, Christian Soup, available to view?

In Christian Soup, five Christians hire the Golf to attend a healing weekend, but they crash the car on the way. And as they deal with this, sexual tension between members of the group causes conflict when it emerges that they’ve pretty much all slept with each other – and are all rather messed-up people generally.

The whole thing feels in slightly dubious taste, but it’s hard to pinpoint exactly what about this episode might make it unacceptable today. Is it the sexism displayed by one of the male characters (who likes to touch up the female characters)? The negative portrayal of Christians (comedians don’t take the piss out of Christians so much these days)? Or is the explanation more banal (the show is rated G on On Demand but was rated MA for its mid-noughties DVD release)?

Any ideas on why Christian Soup isn’t there? Let us know. Otherwise, enjoy this slice of comedy from sixteen years ago while you can.