Have You Been Self-Isolating?

Over the last few thousand years – or the last few weeks depending on how solid your grip on time currently is – the big question in comedy circles has been… well, probably that twitter thread that listed all the #metoo offenders on the local comedy scene, but let’s not air those screenshots just yet. Slightly further down the list was a question slightly more relevant: how could they make Have You Been Paying Attention? work during a period of social distancing?

While shows like The Project have been able to get two or three people together in a studio, and Mad as Hell often had a range of people interacting with host Micallef, HYBPA? involves six or seven people on-camera in relatively close quarters. For now, that’s not on. So how to get the band back together? 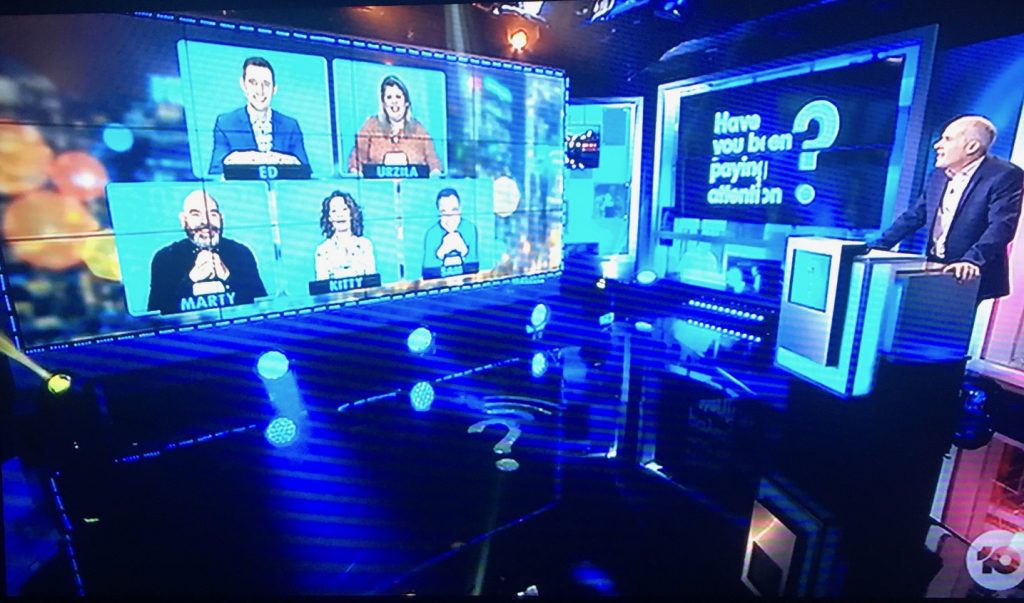 As solutions go, having everyone teleconference in wasn’t exactly seamless – much like the live ad reads scattered throughout the show. But considering the cast were all phoning in from various locations, the interactions between them were about as interactive as you could hope for (we’re guessing there was a bit of editing to polish up the chit chat).

The producers made sure to wheel out the A team for this first socially distanced show too. You’re not getting too much dead air with Marty, Kitty and Urzila on board, even if the running joke about “Yongle” did outstay its welcome.

Likewise, while the studio audience isn’t really a big part of the regular show, they managed to get enough people into the studio to get a decent laugh track going throughout. And the lack of an audience had an upside: the desultory half-arsed response when it was announced that Malcolm Turnbull would be a celebrity quizmaster to promote his memoir seemed perfectly appropriate.

Turnbull’s appearance also helped answer the other big question of the night: how do you do a news-based comedy when there’s only really one news story and it’s not really all that funny? Fortunately the development of the coronavirus in Australia has been more about people being annoyed and bored than having their corpses stacked in hospital carparks, so by focusing on viral videos, home schooling and Ed’s appearance on Dancing with the Stars things were kept light and topical. 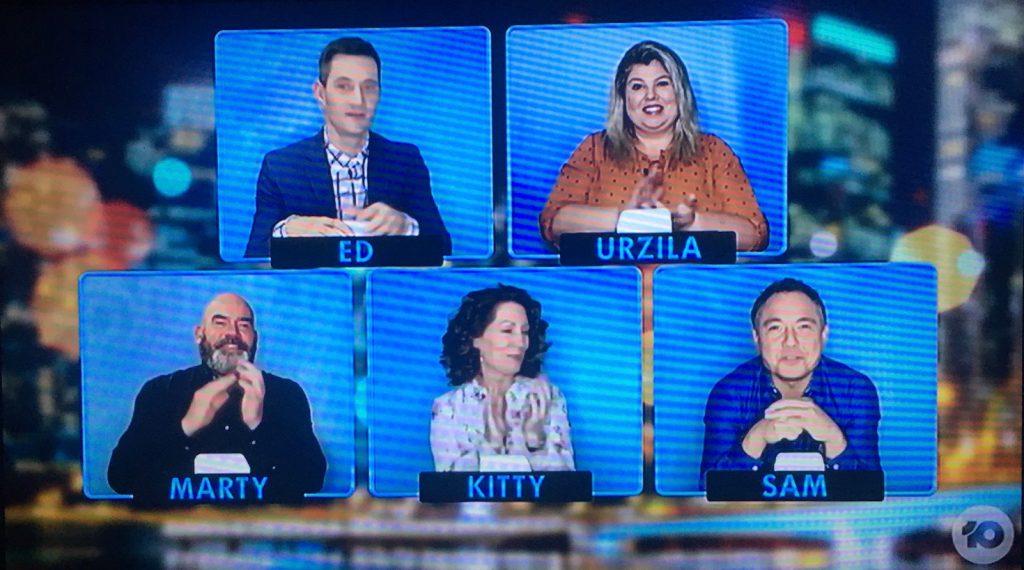 Still, the show was looking a little threadbare coming into the home stretch. HYBPA? might have been off-air for the last five or so months, but the comedy potential of the Ruby Princess has pretty much been tapped.

It’s a problem the show has always faced during a slow news week, and they don’t get much slower than this. Hopefully they haven’t already burned through all their decent coronavirus material, or we could be taking a lot more return trips on that cruise liner.