Judith Lucy vs Men (and dying)

A lot of stand-up shows have been filmed for streaming services in recent years but Judith Lucy vs Men (available now on Amazon Prime) is, as you’d expect, a cut above the rest.

No one, absolutely no one, can sell material like Judith Lucy. As with Barry Humphries, you might have seen some of the jokes before (her crowd work at the start of the show is near identical to crowd work I saw her do live a few years back), but it’s still funny. In fact, it’s a highlight. 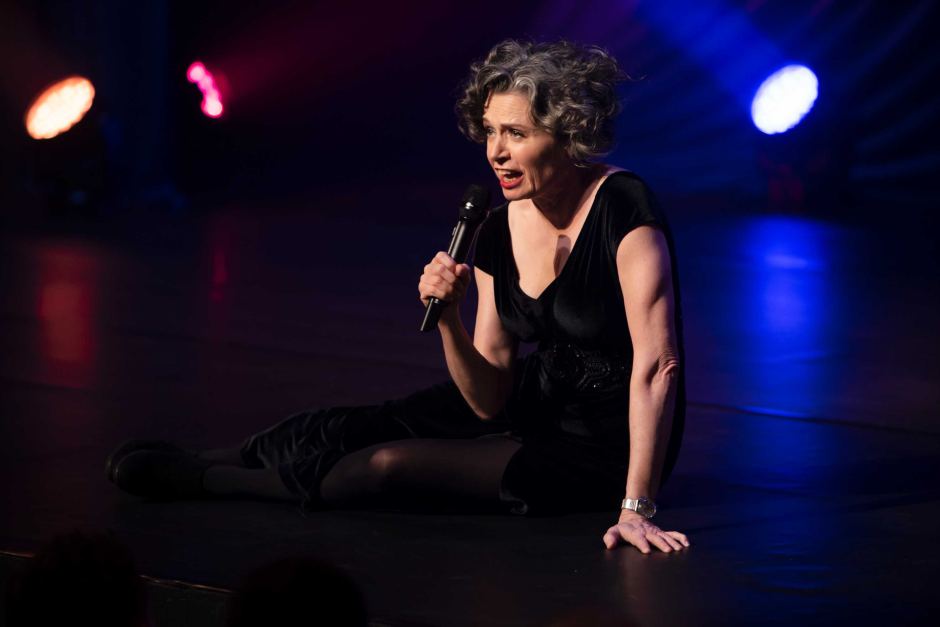 Judith, we learn, is over 50, menopausal and single. She also recently discovered, thanks to some market research by a TV company, that she polls very badly with the one demographic that matters as far as relationships go: cis men.

The LGBTI+ community love her, as do women, but straight men? Er…not so much. So, she asks the audience, should she persist against all the odds? Or should she give up on men entirely?

She presents the evidence: a string of failed relationships and bad relationship choices, including her last boyfriend who stole money from her. And, yet, SPOILERS, the audience wants her to keep at it. You could interpret this as the audience willing her on to find the man of her dreams. Or maybe they just want her to fail again so they can see the resulting show? Either way, it’s back to the coal face, Jude.

And happily, she’s okay with that. The nice thing about turning 50 is she feels more liberated; she even gets one of those MONA-style vagina portraits done.

Meanwhile, in the land of podcasts, the final episode of Judith Lucy – Overwhelmed and Dying has dropped. As we said previously, it’s not strictly a comedy, but in these dark times, it does offer some ideas for improving our mental health, dealing with the bad things happening in the world, getting involved in good causes and making positive changes in your life.

Judith Lucy’s even launched a Facebook group for those who want to discuss the issues raised (although some are also asking Judith about her comedy and one person’s even requested a copy of her vagina portrait).

So, while Judith Lucy is older, wiser and better at processing things, rest assured she hasn’t lost any of that unique comedy style that we’ve all loved for decades.

Similar Posts
Close to the Power of the Dream…but no cigar
The Power of the Dream, a new Olympics-themed web series is a worthwhile reminder that not all those who strive...
Read More »
New original comedy? Amazing! No, Amazon
Last week Amazon Prime Video announced that it is investing $150 million in seven original local shows, including three...
Read More »
Slush puppies
Slushy is the trad sitcom we’re slightly surprised Kate McLennan and Kate McCartney have written. The tone is very different...
Read More »