Frayed, which ended last night, has been a lesson to dramedy makers in this country: that it’s possible to mix drama and comedy in the one show and for that show to be good. And after years of programs like Rosehaven and – gulp – Channel 9’s reboot of SeaChange, who knew it was even possible to make a good Australian dramedy?

So invested were we in the drama of whether Sami (Sarah Kendall) would get back to London and confront dodgy lawyer Rufus (Robert Webb), that we were both annoyed and delighted by the ambiguous ending of the final episode. Wait…so, she doesn’t go back to London? And…yay they’ll have to make a second series so we can find out! 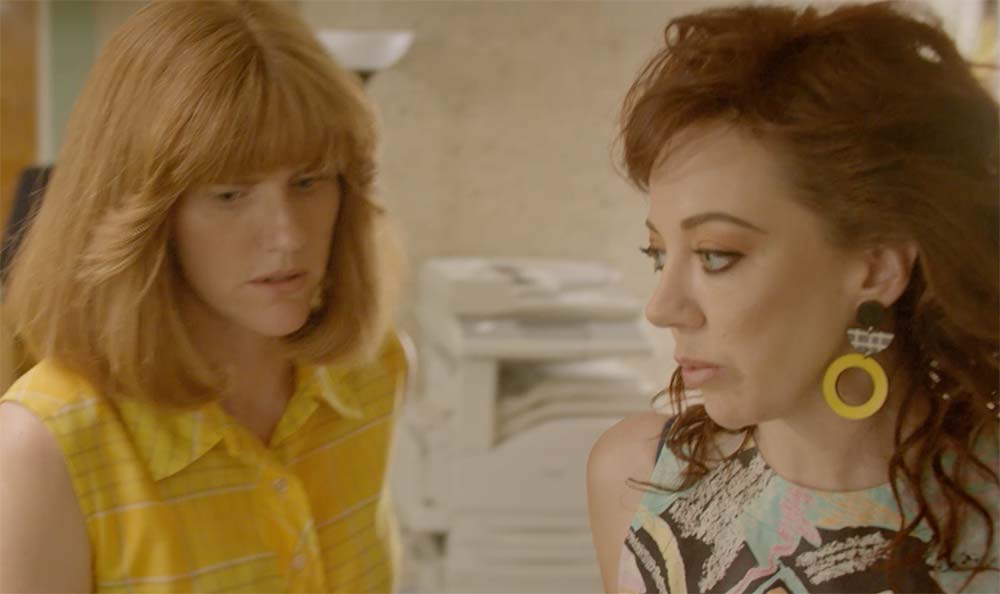 And given recent ABC form, a second series of Frayed is guaranteed, because it’ll be part-funded by overseas cash.

Which means more of those hilariously real teenage brother and sister fights between Sami and her dickhead brother Jim (Ben Mingay), more of the dour bizarreness of Fiona (Diane Morgan) and more of the brilliant but evil Bev (Doris Younane), amongst the other funny delights of this series. Because Frayed really was a comedy at heart, a real comedy, based on characters who said realistic things. And unlike, say, SeaChange, a show in which the various families and townsfolk never felt real or said anything real – and weren’t even funny to make up for it – Frayed was a show which ran through the full gamut of pathos, bathos and ethos. Well, mostly.

Frayed did have some problems. The scene in Chris’ office where Sami quit her job and everyone turned on her seemed a bit forced, even by the standards of the characters involved. And another problem came in the middle of the series, when the action seemed to move a little slower, sort of like they were filling time. But then, it feels like that in a lot a series like this. And those middle episodes are usually where the groundwork is laid for a massive final reveal. Such as the one with Abby’s Dad that’s responsible for that ambiguous ending. An ambiguous ending that just begs for a second series.

So, if the ABC doesn’t commission another series of Frayed, you might as well take Australian dramedy out and shoot it. Because mostly with Australian dramedy, shows carry on for years, using up precious budget, and filling up airtime, but rarely exciting audiences (hello Rosehaven). But Frayed? It actually did what it said on the tin: it was a drama that was also funny. Who knew that was even possible in this country? Seriously, who knew?