Fat Pizza is back, and… yeah, who ordered this? Fat Pizza (formerly just plain old Pizza) has been running in various forms continuously since 2000 – especially once you add creator Pauly Fenech’s other series Housos and Swift & Shift to the mix, as they’re all basically the same show set in the same universe (there’s even a bit of a cross-over in the first episode of the new Fat Pizza) – and if you thought the well had run dry then the new series (named Fat Pizza: Back in Business) on 7Mate is going to do absolutely nothing to convince you otherwise. 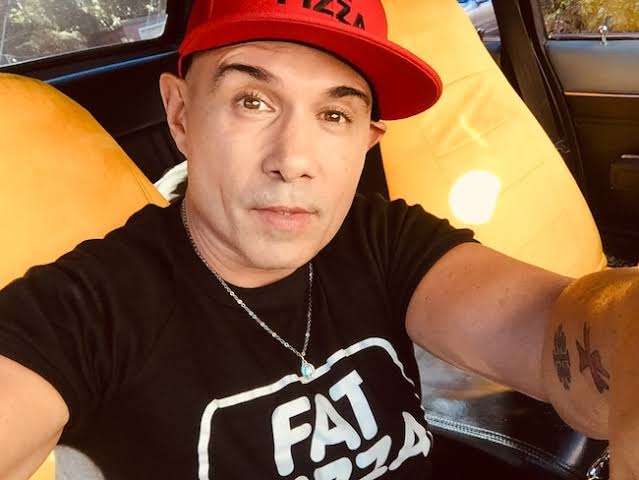 Not that we’re suggesting Fenech is just churning this stuff out – in fact it’s the opposite, considering he actually goes to the effort of coming up with some new continuity instead of just, you know… making new episodes. Fresh out of an 18 month coma (not to be confused with his fifteen year stay in a sex dungeon in Fat Pizza versus Housos) and with a compensation check burning a hole in his pocket, Pauly Falzoni (Fenech) decides there’s never been a better time to re-open Fat Pizza in the Sydney suburb of Hashfield.

But with former owner Bobo (John Boxer) in prison (again) and co-worker Sleek the Elite (Paul Nakad) now off selling kababs, Pauly has to recruit a new generation of staff to face down the various outraged customers, dominatrixes, junkies, bogans, African gangs, disabled people, drunk islanders, and any other stereotypes that might be handy. As for Habib (Tahir Bilgic), presumably Bilgic’s recent work on Here Come the Habibs has given him a taste for the finer things in life, as he’s nowhere to be seen.

The comedy here is the same as it’s always been: a lot of manic, high energy antics that go at least part of the way towards disguising the fact that high energy antics are pretty much all this has to offer. Sex and violence are constants and are assumed to be funny in and of themselves, as are stereotypes; “isn’t it silly that people think this shit is true” is probably a generous reading of a lot of that stuff.

(the only really iffy material here is the African gangs. They’re depicted as actual threats with no real comedy angle to them, but in this kind of exaggerated world there probably needs to be a real threat mixed in there somewhere – being part of the fun, even as the bad guys, seems more inclusive than ignoring race the way most Australian comedies currently do)

There’s so much going on here that at least some of the jokes are going to work for somebody. The scene where Pauly reveals that his attempt to deliver pizzas via drone failed because his largely Middle Eastern customer base are scared of drones wasn’t half bad; the appearance of Shazza from Housos was a reminder that those characters could actually be funny in ten second bursts. Jean Kitson makes an appearance in episode one as Pauly’s shrink, and it’s always nice to see her doing her usual thing.

The big plus here over much of Fenech’s recent work is that Fat Pizza actually holds up on a basic comedy level. Swift & Shift never even figured out who the characters were, let alone what was meant to be funny; Housos was just a bunch of one-dimensional supporting characters yelling at each other for half an hour. Fat Pizza at least has a workable sitcom premise – the wacky adventures of a bunch of pizza delivery guys – though it’ll be interesting to see if this series develops any characters on par with the missing originals (who weren’t exactly complex, but at least weren’t just shouting idiots like most of Fenech’s later creations)

Also – and after 20 years this shouldn’t really be a surprise but here we are – this first episode is well constructed and paced. An hour really should be much too long for this kind of cartoony comedy (earlier episodes of Fat Pizza and Housos outstayed their welcome at half an hour; Swift & Shift was dull from the start) but Fenech constantly switches things up, throwing a variety of scenes and scenarios at the audience while keeping the comedy fairly consistent. There’s not a world of difference between jokes about doing burnouts and jokes about how shit Sleek’s raps are, but they’re just varied enough to keep this watchable while the overall story – the re-opening of Fat Pizza and the first night back in business – plays out.

Just about everyone in Australia has had at least some contact with Fenech’s comedy by now, and if you’ve already made your mind up either way this is definitely not going to change that. But if somehow you’re on the fence – if you’ve laughed at some of his earlier work, but maybe felt the last decade or so saw Fenech failing to meet even his own low standards – then we can safely say that this is… maybe a return to form?

And by that we mean that when people get slapped in Fat Pizza they get slapped with a hand, not a thong. That’s got to be some kind of a step up.